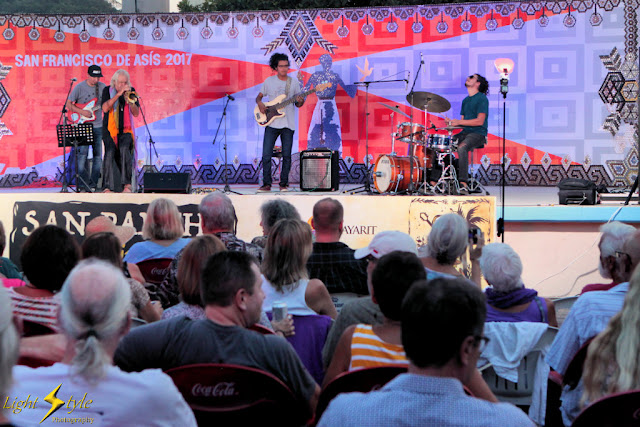 San Pancho, the Cultural Capital of the Riviera Nayarit, is preparing for a weekend of pure entertainment with the 19th Music Festival, a vibrant and eclectic expression of the performing arts to be held February 22-24 in one of Mexico’s most beautiful areas.
What began as a meeting among friends in the back yard of a North American resident’s home has grown to become one of the premier cultural festivals in the region. And it’s still free, thanks to the generosity of the artists, volunteers, and donations from the public.
The San Pancho Music Festival attracts top artists from different countries such as France, Germany, Chile, Guatemala, the United States, and, of course, Mexico, as well as regional and local talent, for a marvelous mix of aficionados and professional musicians who together share an unforgettable, enriching experience.
“The artists attend because they enjoy performing in an intimate space within the magical ambiance of San Pancho,” said the organizers. “Donations are encouraged, but the intention is not for the Festival to benefit from the performances. We maintain a shared philosophy with the community: to value and appreciate the cultural diversity and the talent of our neighbors, while simultaneously welcoming the talent of world-class musicians.” 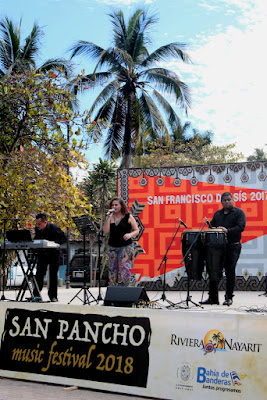 The program
The event takes place on the Plaza del Sol from 5 p.m. through 11 p.m. There will be two stages for performances by nine solo artists and groups per day, for a total of 27. The lineup was carefully chosen to offer a mix of different musical genres and includes the following acts: Trío Huichol, Dave Fisher Quartet, Cheko Ruiz, PUG, Julio Cabrera, Rob Cavazzini Project, Alfredo Muro, Soul Trip, Tatewari, Orquesta San Francisco, traditional Mexican mariachi and much more.
An ample variety of food and drink will be available for sale, as well as a selection of art and handicrafts managed by the Nayarit National Commission for the Development of Indigenous People (CDI). 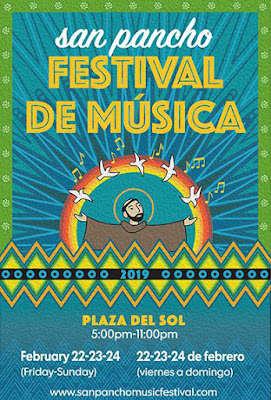 The organizing committee has announced there is seating available; however, they are first-come, first-served, which is why they highly recommend bringing your own seating so you can comfortably enjoy an evening of good music and fun with your friends and family. A total of 1,000 to 1,500 people is expected to attend per night.
For more information, visit the festival’s website at: www.sanpanchomusicfestival.com 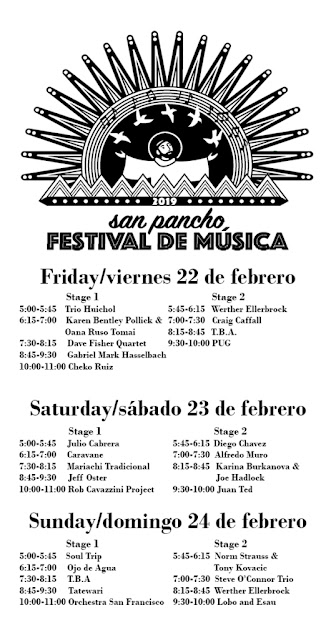 ###
The Riviera Nayarit Convention and Visitors Bureau (CVB) and the Bahía de Banderas Hotel and Motel Association (AHMBB) support destination events as they generate visitors and major exposure thanks to the media coverage they receive. Their work relies on the support of the Government of the State of Nayarit via its Tourism Promotional Trust (Fiprotur).
https://www.rivieranayarit.com/wp-content/uploads/2019/07/logox300.jpg 0 0 1stonthelist https://www.rivieranayarit.com/wp-content/uploads/2019/07/logox300.jpg 1stonthelist2019-02-21 15:11:002019-02-21 15:11:0019th San Pancho Music Festival in the Cultural Capital of the Riviera Nayarit