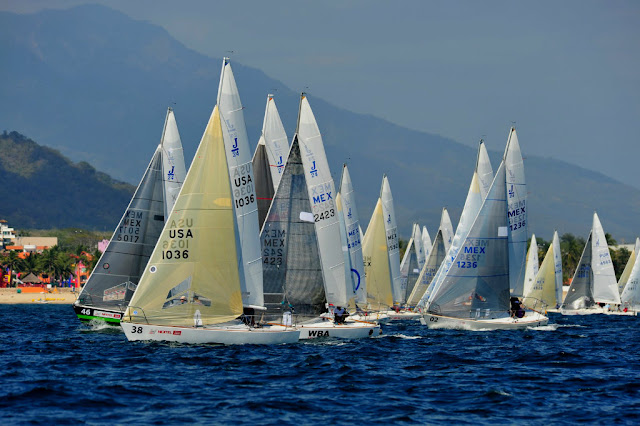 Sails are already unfurling in the Riviera Nayarit in preparation for the Vallarta Cup Race Series, a sequence of races that take place over the four Saturdays in January. The series formally kicks off the competitive sailing season in Banderas Bay.
The 14th edition of this series includes the participation of some 30 sailboats and starts on Saturday, January 5th continuing the 12th, 19th, and 26th; the event is organized by the Vallarta Yacht Club (VYC) in Nuevo Vallarta. 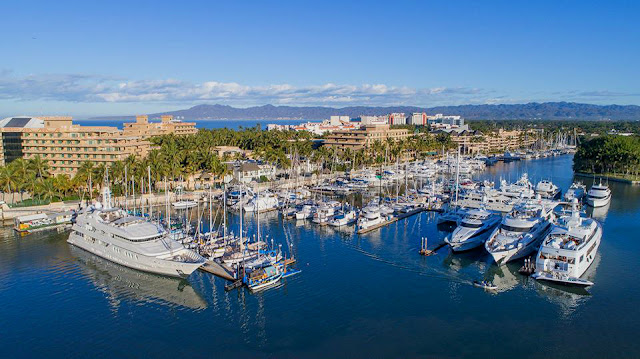 “More than just a competition, the event is about the camaraderie among the attendees: every Saturday we host a theme party at the Vallarta Yacht Club,” commented Andy Barrow, race director and Commodore of the yacht club.
He added registrations are expected from local, national, and international boats, both racing and ocean-faring. Participants can register on any Saturday in January, even once the series has already started, allowing the racers to come and go in the region and enjoy local attractions.
“All are welcome,” added Barrow, “even high-performance boats. All vessels are classified via the VYC handicap system.” 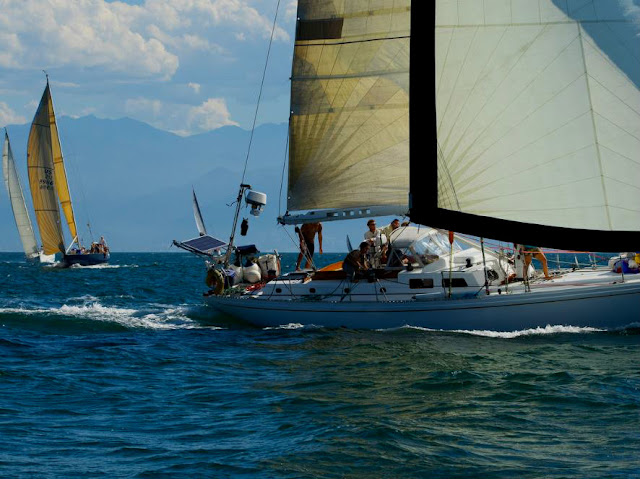 For the first regatta the sailboats leave from Nuevo Vallarta’s Marina Paradise Village; the rest of the competitions will alternate leaving from the Marina Riviera Nayarit and the Marina Vallarta.
The registration form and racing instructions are online at www.vallartayachtclub.org or email onthewater@vallartayachtclub.org You can also check: https://bit.ly/2Vpxqdi
Registration fee:800 pesos for the series or 200 pesos per race. 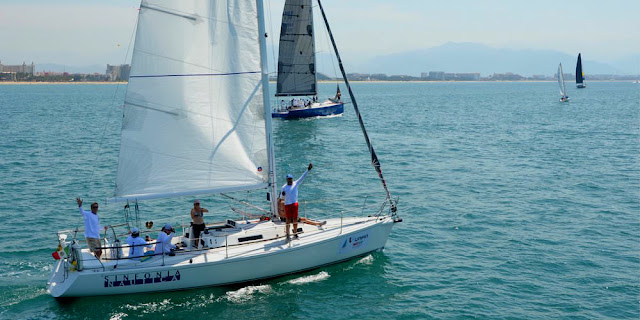 MORE INFO:
Besides the Vallarta Cup Race Series, the sailing season in the Riviera Nayarit also welcomes other important competitions including the XXVII Banderas Bay International Regatta held March 5-9; the Wemex International Small Boat Regatta, considered one of the five regattas in the Mexican Circuit by the Optimist, Laser, Windsurf, and 420 class associations, also held in March; and the Baja Ha Ha / Sailor Splash in December, which takes place in the Marina Riviera Nayarit.
###
The Riviera Nayarit Convention and Visitors Bureau (CVB) and the Bahía de Banderas Hotel and Motel Association (AHMBB) reaffirm their commitment to the strategic promotion of the destination, pursuing opportunities and consolidating new markets to increase the number of incoming tourists with the support of the Government of the State of Nayarit via the Tourism Promotion Trust (Fiprotur).
https://www.rivieranayarit.com/wp-content/uploads/2019/07/logox300.jpg 0 0 1stonthelist https://www.rivieranayarit.com/wp-content/uploads/2019/07/logox300.jpg 1stonthelist2019-01-07 07:00:002019-01-07 07:00:00Competitive sailing season kicks off in the Riviera Nayarit

The Riviera Nayarit closes out the December vacation period with stellar re... Swoop Airlines lands in Puerto Vallarta-Riviera Nayarit
Scroll to top