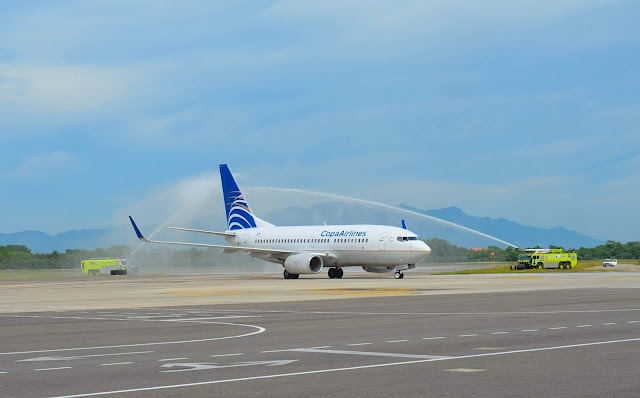 Copa Airlines began its new route between Panama City and Puerto Vallarta-Riviera Nayarit—its fifth destination in Mexico—on December 16th with twice-weekly flights to the Lic. Gustavo Díaz Ordaz International Airport.
This new connection will allow passengers from the continent to connect with this region of the Mexican Pacific via Panama City, the Hub of the Americas. Likewise, travelers from Puerto Vallarta and Riviera Nayarit will benefit from the connectivity offered by the airline, which includes 79 additional destinations and 32 countries in North, Central, and South America, and the Caribbean.
Flight CM345 operates aboard a Boeing 737-700, which landed at the Lic. Gustavo Díaz Ordaz International Airport at 12:48 PM after a nearly four-hour flight from the Tocumen International Airport in Panama City.
On arrival in Puerto Vallarta both passengers and crew were warmly welcomed with an inaugural ceremony hosted by airline executives and staff, and representatives from the Jalisco and Nayarit tourism offices, and the Grupo Aeroportuario del Pacífico. 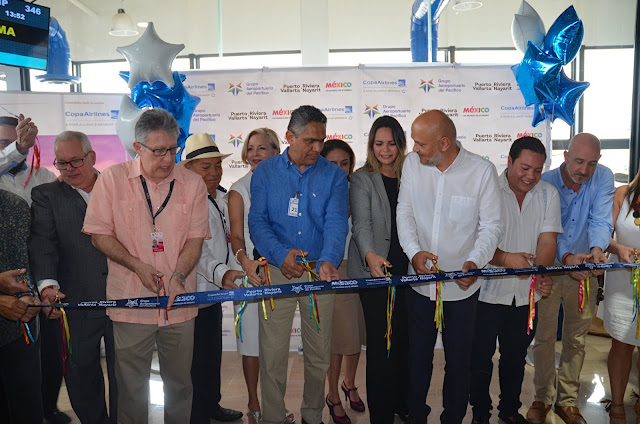 Among the special guests were Manuel Ricardo Pérez González, Panama Ambassador to Mexico; Claudio Vallarta, representing the Nayarit Ministry of Tourism; Jesús Carmona, president of the Bahía de Banders Hotel and Motel Association (AHMBB); as well as Marc Murphy, managing director of the Riviera Nayarit Convention and Visitors Bureau (CVB); plus, other government and tourism industry representatives from the region.
“We’re both pleased and proud to have the new Panama-Puerto Vallarta-Riviera Nayarit become a reality,” said Marc Murphy. “This new flight avoids having to make multiple connections and decreases flight times, distances, and costs for Latin American travelers, while it ensures an increased interest in our region from South American wholesales. In this manner we also contribute to the arrival of more tourism to Latin America.” 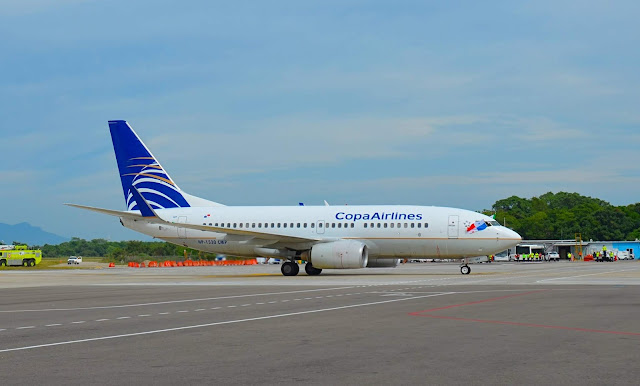 FLIGHT DETAILS:
Copa Airlines flight CM345 will begin with two flights per week on Thursdays and Sundays departing Panama at 9:05 a.m. (local time), arriving at the Licenciado Gustavo Díaz Ordaz International Airport at 12:48 p.m. (local time) Return flight CM346 will depart on the same days from Puerto Vallarta at 1:52 p.m., arriving in Panama at 7:16 p.m. (local time). The route will operate aboard a Boeing 737-700 with capacity for 12 Executive Class passengers and 112 in Coach.
ABOUT THE RIVIERA NAYARIT AND PUERTO VALLARTA
The coast of the Riviera Nayarit extends along the municipalities of Bahía de Banderas, Compostela, San Blas, Santiago, and Tecuala, where travelers will find extraordinary, world-class resorts including charming bungalows and villas. Visitors can enjoy an endless array of activities including bird watching, zip lining, swimming with dolphins, humpback whale watching, and turtle liberation programs, plus all kinds of water sports. It’s also known for being the only destination in the Pacific that has a polo field and hosts top international events.
Puerto Vallarta is in the state of Jalisco, surrounded by the mountains of the Western Sierra Madre and the Mexican Pacific; city views include its distinctive red-tile roofs and golden sunsets. Travelers can experience myriad contrasting events, from gallery walks to tours on the calm waters of Banderas Bay, from an exciting nightlife to world class golf tournaments. The city has more than 10 thousand hotel rooms and 40 km of beaches, making it a perfect paradise for snorkeling and fishing. 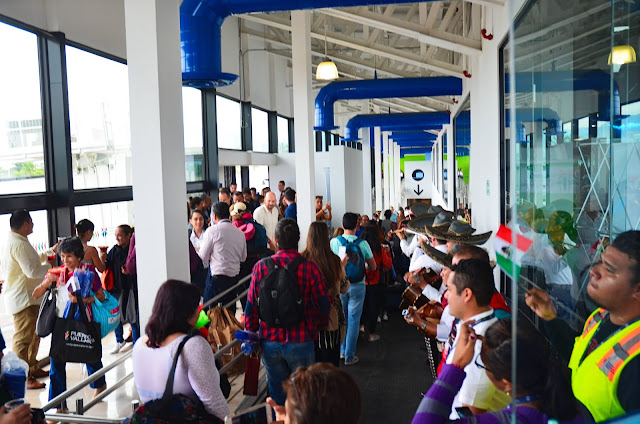 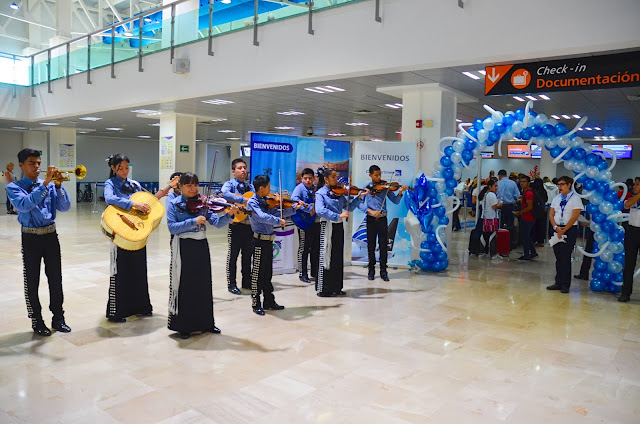 ###
The Riviera Nayarit Convention and Visitors Bureau (CVB) and the Bahía de Banderas Hotel and Motel Association (AHMBB) are hard at work in the promotion of the destination with the support of the Government of the State of Nayarit via its Tourism Promotional Trust (Fiprotur).
https://www.rivieranayarit.com/wp-content/uploads/2019/07/logox300.jpg 0 0 1stonthelist https://www.rivieranayarit.com/wp-content/uploads/2019/07/logox300.jpg 1stonthelist2018-12-17 16:48:002018-12-17 16:48:00Copa Airlines begins direct flight between PVR-Riviera Nayarit and Panama

Chilly? Come to the Riviera Nayarit and warm up with these Winter Promos! St. Regis Punta Mita Resort celebrates 10 successful years in the Riviera N...
Scroll to top