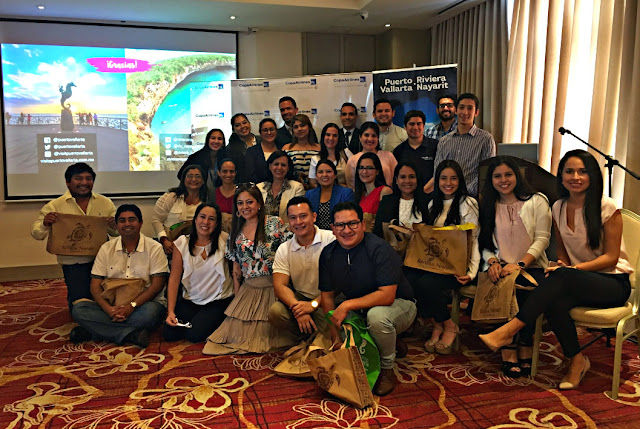 The Riviera Nayarit continues to reinforce its promotion in the South American countries that will become the main destinations of origin for the new Copa Airlines direct flight from Panama, which will begin operations to the region on December 16th.
The Riviera Nayarit Convention and Visitors Bureau (CVB) and the Puerto Vallarta Tourism Trust (Fidetur) paid a work visit to Ecuador as part of their efforts to boost sales of this flight to South America. The team participated in training seminars and tradeshows held by wholesaler MásTravel.
Juan Carlos González, tourist promotion attaché to the Mexican Embassy in Ecuador and back up for the Mexico Tourism Board (MTB), was present at the events.
The work week began on October 15th in Quito, capital of Ecuador, where representatives from the CVB and Fidetur—accompanied by Luis Miguel Reyes and Marisol Ruiz, general manager and sales manager for Copa Airlines in Ecuador, respectively—developed an intensive training program on the destination for 15 of Quito’s top wholesale agents. Afterwards, they visited wholesaler M&M Travel to train 15 of its travel agents; finally, they stopped in at the Metropolitan Tourism/BCD travel agency and held a seminar for six of its travel agents from the MICE sales team. 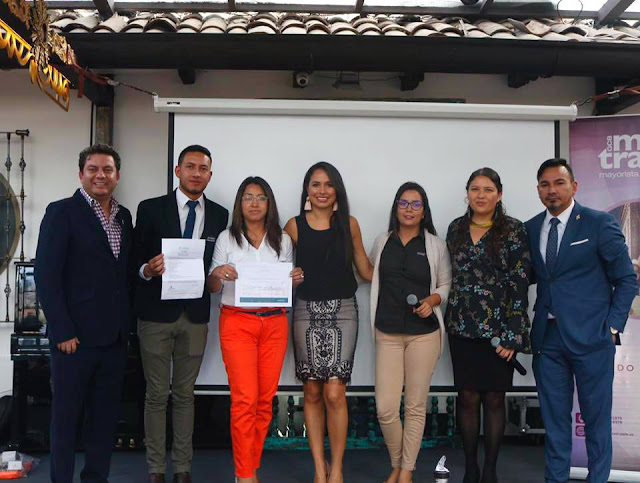 MásTravel Tour
The Puerto Vallarta – Riviera Nayarta tour began on October 16 and was organized and marketed by MásTravel wholesaler. The tour included the participation of tour operators and hotels from Bahía de Banderas, among them, Hard Rock Vallarta, Decameron, Grupo Barceló, Occidental, Grand Park Royal, and North American Travel DMC. This event was attended by more than 90 travel agents.
The team visited Cuenca on Wednesday, October 17th, where more than 120 travel agents came together to learn more about the many pleasures of the Riviera Nayarit and Puerto Vallarta. The event was full of surprises, the most important of which was offered by Omar Macedo, MTB director for Colombia and Ecuador, and representative of the Pacific Alliance, who announced the current visa requirement for Ecuadorians visiting Mexico would be eliminated within the next six months.
“This is one more incentive to travel to our country, which receives over 56,000 Ecuadorians per year,” said Lucero Guerrero, sales and marketing manager for the Riviera Nayarit CVB. 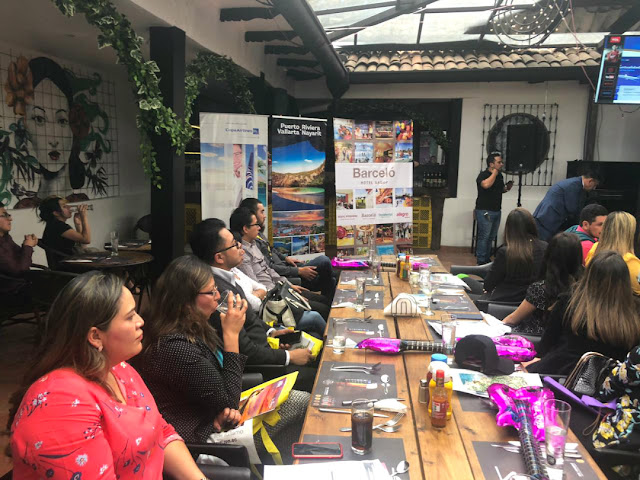 The MásTravel tour continued on Thursday, October 18th into Guayaquil. That morning the team trained over 120 retail travel agents; that afternoon, the Destination held three seminars together with Copa Airlines for Tecnoviajes-L´alianXa, MICE agents, Kapital Tours, and Horus Viajes—some of the top agencies in MICE sales for Copa.
Finally, on Friday, October 19th, the team held a breakfast presentation for a pool of 30 managers and purchasing executives for Guayaquil’s top wholesaler agencies; this event was also convened by Copa Airlines, thus finalizing an intense work week. 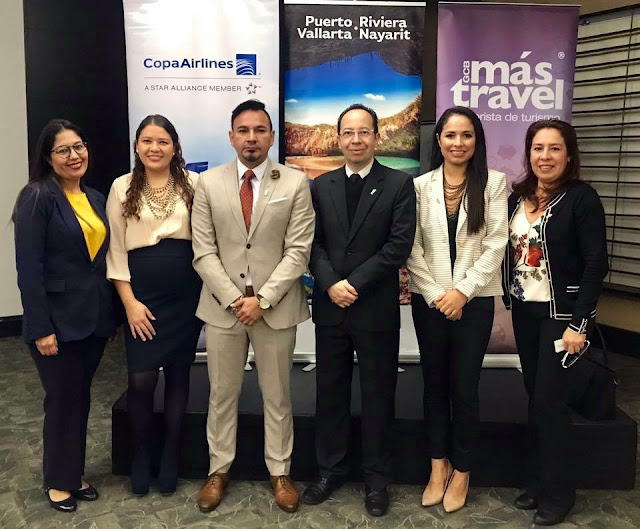 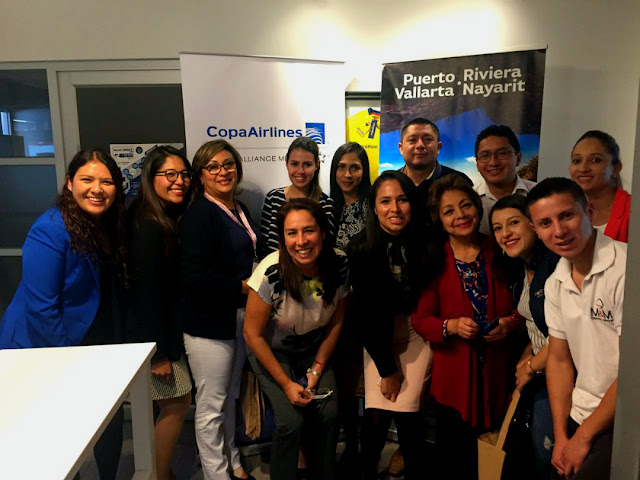 ###
The Riviera Nayarit Convention and Visitors Bureau (CVB) and the Bahía de Banderas Hotel and Motel Association (AHMBB) continue to work together to market the region, strengthening its promotion and helping position Mexico’s Pacific Treasure on the world map with the support of the Government of the State of Nayarit via the Tourism Promotion Trust (Fiprotur).
https://www.rivieranayarit.com/wp-content/uploads/2019/07/logox300.jpg 0 0 1stonthelist https://www.rivieranayarit.com/wp-content/uploads/2019/07/logox300.jpg 1stonthelist2018-10-23 05:15:002018-10-23 05:15:00Riviera Nayarit works in tandem in Ecuador to incentivize the Copa Airlines flight