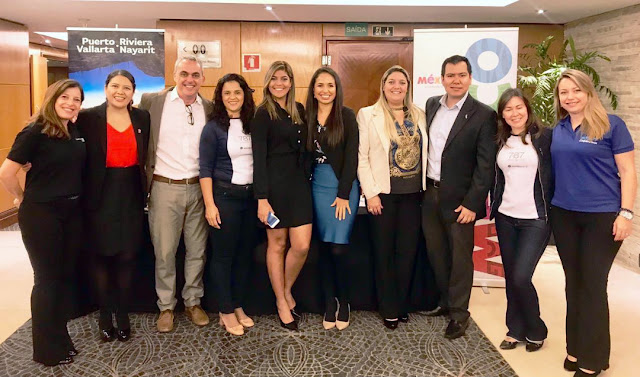 The Riviera Nayarit Convention and Visitors Bureau (CVB) and the Puerto Vallarta Tourism Trust (Fidetur) continue their promotions throughout South America to boost the new Copa Airlines flight to the region.
The team from Puerto Vallarta and the Riviera Nayarit’s tourist promotion offices visited Brazil’s main cities—Sao Paulo, Porto Alegre, and Bello Horizonte—, eventually reaching more than 250 travel agents.
The promoters were accompanied by hoteliers from both destinations as well as airline representatives. They counted on the support of the top wholesale agents from the aforementioned Brazilian cities that were very enthusiastic in their promotion of a new destination for Copa Airlines.
Business Meetings
The events began on Monday, October 22nd with a training seminar and business meetings with the product and sales managers from the top wholesale agencies in Sao Paulo. There was an excellent turnout and the team was able to finesse the details needed for marketing the Riviera Nayarit. 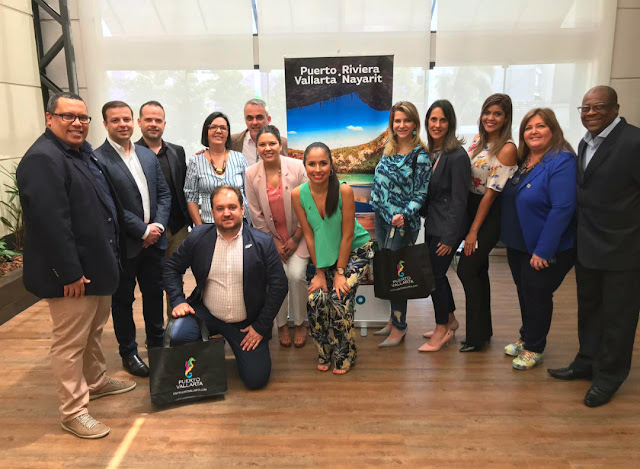 The team visited the second city, Porto Alegre, on Tuesday, October 23rd. The first meeting was held at the main offices of wholesaler FRT Operadora, which has shown a marked increase in sales and is one of the top billing sites for this port city’s office.
“The visit to FRT Operadora was key for receiving feedback on what they need to continue to boost the destination thanks to its billings and the fact that it’s an important business partner of Copa Airlines’,” said Lucero Guerrero, sales and marketing manager for the Riviera Nayarit CVB and the AHMBB. “We also negotiated great rates with hotels in the Riviera Nayarit, which allowed them to generate very attractive packages to the destination while taking advantage of Copa’s better airfares (PTY-PVR).” 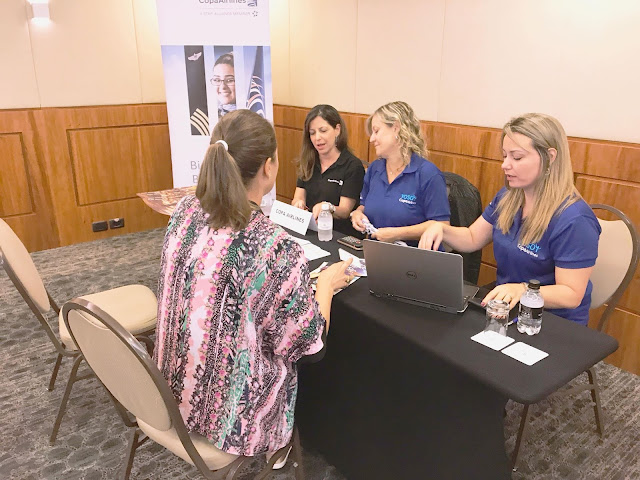 The activities in Porto Alegre continued with a workshop for 80 participating travel agents that began with an event with the hotels, wholesalers, and airlines, followed by a presentation of the destination. A common theme among the agents is that clients are constantly asking for new things: “The majority of our clients already know the Caribbean pretty well and they’re ready to explore other beach destinations, so this is an excellent option,” said one of the attendees.
Last but not least, the delegation from Puerto Vallarta-Riviera Nayarit arrived at the Visual Turismo agency on October 25th, accompanied by several Copa Airlines executives; the next day they held another event for over 80 agents at Bello Horizonte with the same workshop and presentation format. The overall quality of the agents was very good in all the cities and included the participation of Virtuoso agents, all luxury experts. 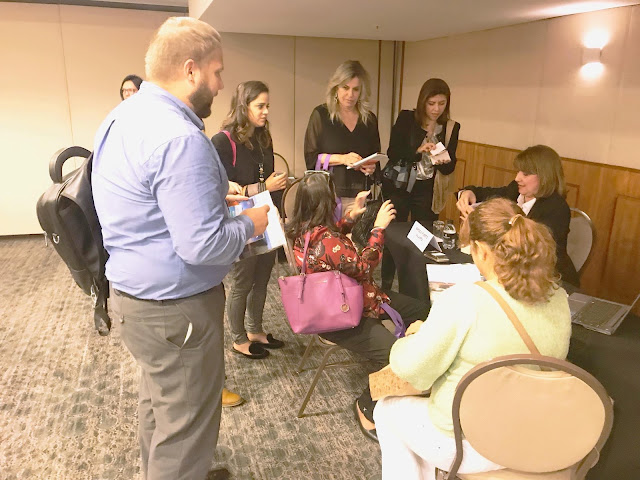 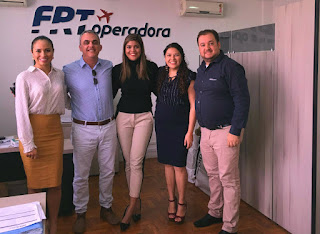 ###
The Riviera Nayarit Convention and Visitors Bureau (CVB) and the Bahía de Banderas Hotel and Motel Association (AHMBB) continue to work together to market the region, strengthening its promotion and helping position Mexico’s Pacific Treasure on the world map with the support of the Government of the State of Nayarit via the Tourism Promotion Trust (Fiprotur).
https://www.rivieranayarit.com/wp-content/uploads/2019/07/logox300.jpg 0 0 1stonthelist https://www.rivieranayarit.com/wp-content/uploads/2019/07/logox300.jpg 1stonthelist2018-10-30 05:15:002018-10-30 05:15:00Promotion of Riviera Nayart extends throughout South America

Riviera Nayarit is ‘in vogue’

Soak Up The Summer Sun With The Riviera Nayarit’s Promotions!

In Riviera Nayarit, Thanksgiving is special

Riviera Nayarit, the leading destination in growth and occupancy rates

Capoeira is back in Riviera Nayarit
0 replies