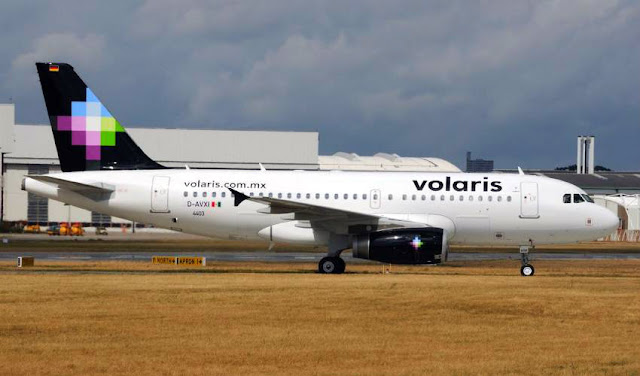 Northern Riviera Nayarit is closer than ever to Mexico City with Volaris’ newest flight, which will begin operating the MEX-Tepic-MEX route in October 2018.
According to information provided by the airline, flights will be weekly on Tuesdays, Thursdays, and Saturdays, improving the connection with some of the Riviera Nayarit’s micro-destinations. Once they land at the “Amado Nervo” airport in the capital of Nayarit, travelers will be close to Tepic and its environs, which include such tourist attractions as Rincón de Guayabitos, San Blas, the Isla de Mexcaltitán and Playa Novillero, as well as the Magical Town of Jala and Santa María del Oro.
Likewise, the residents of these locales won’t have to travel to Mazatlan or Guadalajara to take a flight to Mexico City anymore, which shortens their trip by about 2 hours.
“With this new route, the Riviera Nayarit is diversifying its domestic offer and will allow more tourists to enjoy non-stop connectivity. The opening up of new routes shows us the destination is still very viable and airline interest is increasing,” said Marc Murphy, Managing Director of the Riviera Nayarit Convention and Visitors Bureau (CVB).
Of note is the fact Aeromar is currently the only airline covering the Tepic-Mexico City route, while Volaris has been offering the Tepic-Tijuana route for quite a while.
Volaris Promotions
To celebrate the grand opening of its new route Volaris has posted special pricing of approximately $1,149 pesos for one-way flights booked between August 6 and November 15, 2018.
INFO:
Frequency: Tuesday, Thursday and Saturday
+ Mexico City departure at 12:20 p.m. arriving in Tepic at 1:09 p.m.
+ Tepic departure at 1:34 p.m. arriving in Mexico City at 4:18 p.m.
###
The Riviera Nayarit Convention and Visitors Bureau (CVB) and the Bahía de Banderas Hotel and Motel Association (AHMBB) reaffirm their commitment to working intensely to attract more and better tourism to Mexico’s Pacific Treasure with the support of the Government of the State of Nayarit via the Tourism Promotion Trust (Fiprotur).
https://www.rivieranayarit.com/wp-content/uploads/2019/07/logox300.jpg 0 0 1stonthelist https://www.rivieranayarit.com/wp-content/uploads/2019/07/logox300.jpg 1stonthelist2018-08-08 11:43:002018-08-08 11:43:00Thanks to Volaris, Mexico City and Northern Riviera Nayarit are Closer than Ever