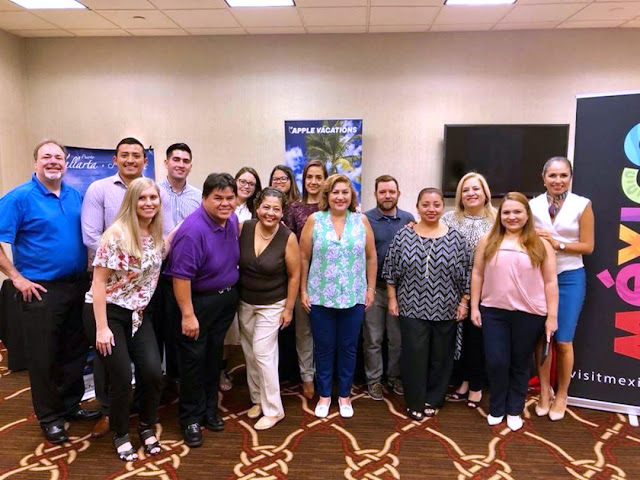 The Riviera Nayarit Convention and Visitors Bureau (CVB) and the Puerto Vallarta Tourism Trust (Fidetur) took part in a promotional tour through three states in the Midwest from August 13-16. The goal was to present the ample tourism offer from both destinations to potential vacationers for the Fall-Winter seasons.
The tour visited Minneapolis, Minnesota; Salt Lake City, Utah; and Colorado Springs, Colorado, where they spoke to over 200 US-based agents over the course of three road shows.
The first event was held in Minneapolis on August 13th with 17 exhibitors and representatives from wholesalers Apple Vacations, The Mark Travel Corporation, Delta Vacations, American Airlines Vacations, and Sunwing. There were 57 agents present.
Both destinations also brought representatives from their respective hotels. Paradise Village, Hard Rock Hotel Vallarta, Samba Vallarta, RIU, Grand Sirenis, and Iberostar were there for the Riviera Nayarit. 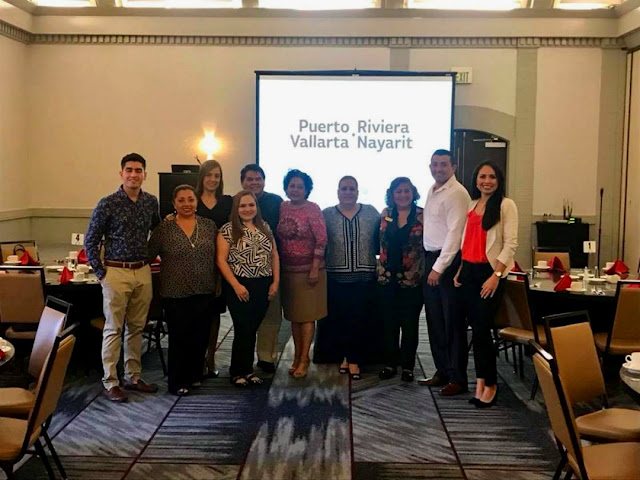 The next day, the tour headed to Salt Lake City, where they held a seminar for 40 agents who are loyal ambassadors for the destination and who were very interested in the presentation.
The next event took place on Wednesday the 15th in Denver, Colorado, with the participation of 65 travel agents from the city and surrounding areas. The team was joined by Patricia Acevedo y Nogueda, Director of the Houston, Texas, office of the Mexico Tourism Board (MTB). 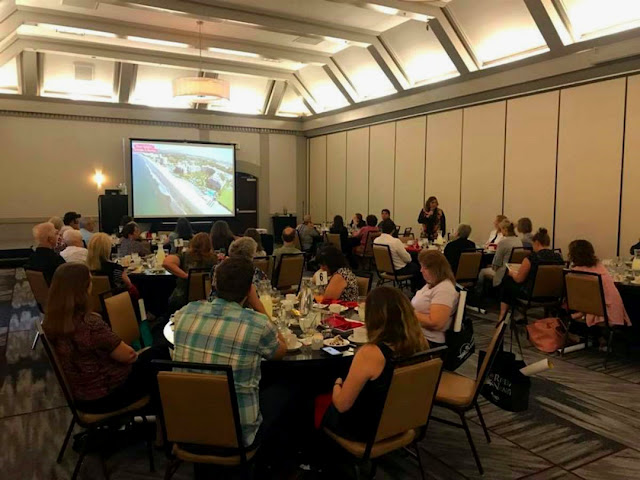 Finally, the tour visited Colorado Springs on August 16th, where they worked with 40 travel agents.
These marketing actions were undertaken based on the importance of the Midwest region, which is the source of origin for the highest number of tourists to both vacation destinations during the winter season. Of note is the fact that, during high season, airlines open up direct flights from Minneapolis, Salt Lake City, and Denver.
“The participation of the Riviera Nayarit CVB and the Bahía de Banderas Hotel and Motel Association in these Road Shows is, in large part, a response to the fact that we need to continue to strengthen our presence in important markets for the destination—such as the Midwest—, as well as maintain our relationship with partners such as Apple Vacations, thus predicting a successful winter season,” said Marc Murphy, Managing Director of the Riviera Nayarit Convention and Visitors Office (CVB) and the Bahía de Banderas Hotel and Motel Association (AHMBB) 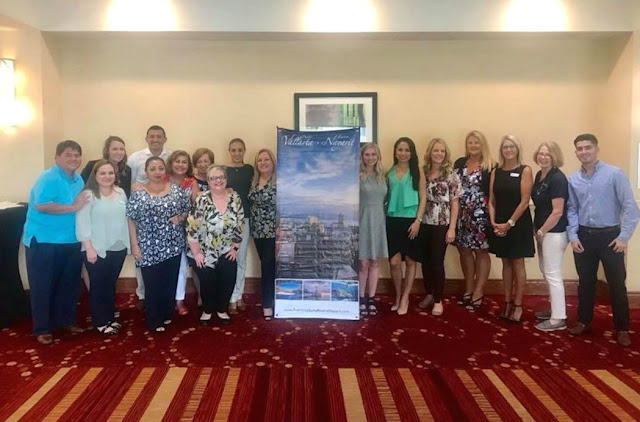 ###
The Riviera Nayarit Convention and Visitors Bureau (CVB) and the Bahía de Banderas Hotel and Motel Association (AHMBB) reaffirm their commitment to the strategic promotion of the destination, pursuing areas of opportunity and consolidating new markets to increase the number of incoming tourists, together with the support of the Government of the State of Nayarit via the Tourism Promotion Trust (Fiprotur).
https://www.rivieranayarit.com/wp-content/uploads/2019/07/logox300.jpg 0 0 1stonthelist https://www.rivieranayarit.com/wp-content/uploads/2019/07/logox300.jpg 1stonthelist2018-08-21 08:24:002018-08-21 08:24:00Riviera Nayarit Reinforces its Marketing in the Midwest