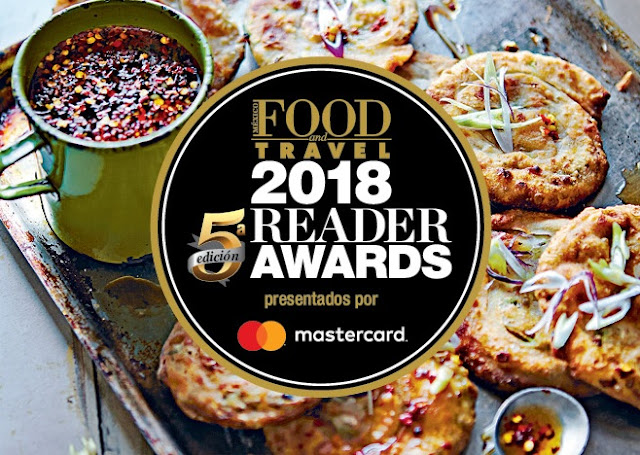 Nominations for the Food and Travel Reader Awards 2018 have begun and the Riviera Nayarit is competing for Best Destination in Mexico, where they showcase the best city, magical town, colonial city, beach destination, or consolidated tourism route.
The Riviera Nayarit Convention and Visitors Office (CVB) and the Bahía de Banderas Hotel and Motel Association (AHMBB) invite you to choose what you like the most about the destination and help define the list of the most popular name in each category.
This is the fifth edition of the awards, which are handed out based on the nominations and votes of the readers of Food and Travel Magazine according to their tastes, experiences, and memories.
There are five new categories included in its fifth year: Best Airline in America; Best Airline in Asia, Africa, and Oceania; and best Airline in Europe. There were also changes within the category of Best Beach Hotel to include two options: Best Beach Resort and Best Beach Boutique Hotel.
The categories where the Riviera Nayarit could be nominated include: Travel, as Best Destination in Mexico; Best Beach Hotel in Mexico; Best Hotel in a Magical Town; Best Eco Hotel in Mexico; and Best Spa.
In the Food category you can nominate Best Chef and Best New Chef. Categories also include Best Restaurant in the Interior of the Republic; Best New Restaurant in Mexico; Best Hotel Restaurant; Best Gourmet Space in Mexico; Best Sweet Space in Mexico.
Details
To nominate your favorites, visit  www.foodandtravel.mx/awards. Once there, input your information, answer the questions focused on tourism, and vote for the Riviera Nayarit and its candidates. The deadline to nominate is July 13, 2018.
The list of nominees will be published on August 3rd. The second stage begins once the list in each category is defined: on August 2, 2018 the voting begins on the list derived from the nomination stage. This stage ends October 20th. Finally, the winners will be announced on November 15thduring a gala dinner in Mexico City.
THE FACTS:
In the five years since its launch, the Food and Travel awards have become a benchmark in the world of tourism and gastronomy, compiling a list of best chefs, restaurants, hotels, destinations, and gourmet spots chosen by the readers themselves. Over these five years, over 100 thousand people have shared their opinion to help select their favorites.
###
The Riviera Nayarit Convention and Visitors Bureau (CVB) and the Bahía de Banderas Hotel and Motel Association (AHMBB) continue to work together to publicize the region, reinforcing its promotion and helping position the destination on the national map with the support of the Government of the State of Nayarit via the Tourism Promotion Trust (Fiprotur).
https://www.rivieranayarit.com/wp-content/uploads/2019/07/logox300.jpg 0 0 1stonthelist https://www.rivieranayarit.com/wp-content/uploads/2019/07/logox300.jpg 1stonthelist2018-07-06 05:00:002018-07-06 05:00:00It’s Time to Nominate the Riviera Nayarit for the Food and Travel Reader Awards!

The Riviera Nayarit Attends the 2018 Mexico Summer Reception in the United ... WHAT TO SEE AND DO IN THE RIVIERA NAYARIT: Cruz de Huanacaxtle, The Nautical...
Scroll to top