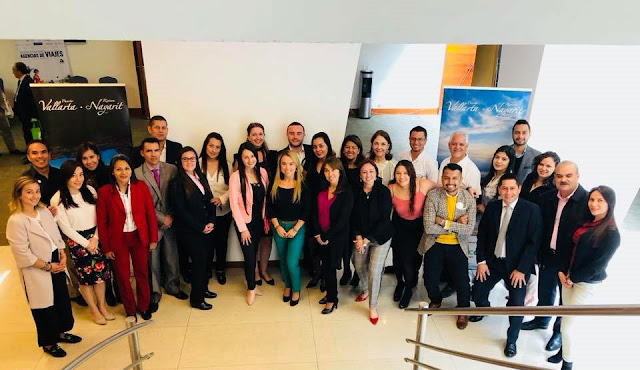 The Riviera Nayarit began what will be a very intense promotional strategy throughout the South American cities that will feed into the Copa Airlines new flight connecting the city of Panama to the Puerto Vallarta-Riviera Nayarit region.
The Riviera Nayarit Convention and Visitors Bureau (CVB) and its main commercial partner, the Puerto Vallarta Tourism Trust (Fidetur), undertook a week of intensive work in Colombia, a country with a great potential to increase its number of visitors to the destination.
Promotional activities began on Monday, June 25th, with negotiations with two of the top wholesalers in the region: Pelícanos, Aviatur’s business partner, and CIC Travel. The companies also called in their top agents to learn all about the ample hotel offer and tourism attractions in both destinations.
The training workshops took place from June 26th through the 29thin Bogota, Cali, Bucaramanga, and Medellin. In the latter city the team once again met with CIC Travel for a second event with the company’s top agents in Medellin. They were shown the latest options in tour packages to the Riviera Nayarit and Puerto Vallarta, which the agency is already commercializing and strongly promoting. 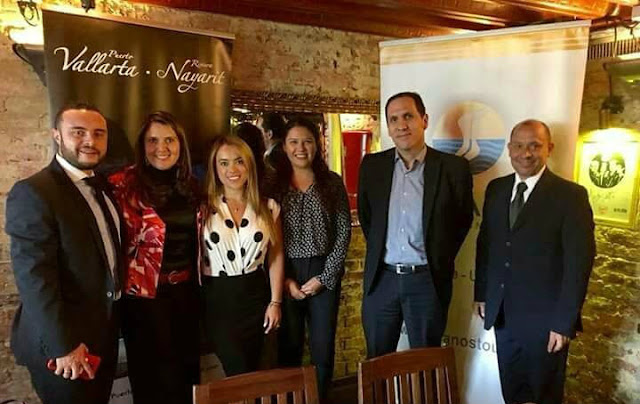 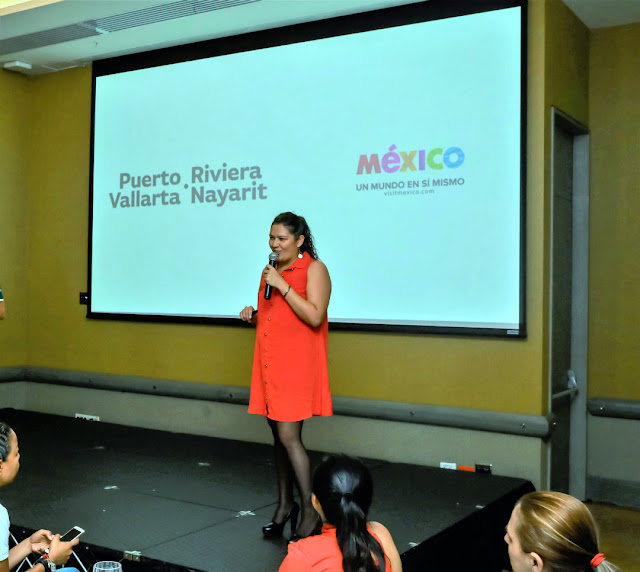 As for airlines, Aeroméxico and Interjet were on-hand and, of course, there was the constant presence of Copa Airlines and Copa vacations in every event. They are a key component of an intensive, well-rounded promotional plan aimed at supporting this new and important route that will open the doors to the South American market.
This approach by the hotels, especially not having representation in these markets, is vital, as it makes for closer business ties with the region’s top wholesalers. Of note is the fact that even though the destinations had worked this market over the past few years, on this occasion the dialogue both with the wholesalers and the travel agents was much more concrete and based on a hard sale. In fact, the sale and blocking of seats on this much-awaited PTY-PVR flight is already taking place, especially since the sales system has been open for a couple of weeks. 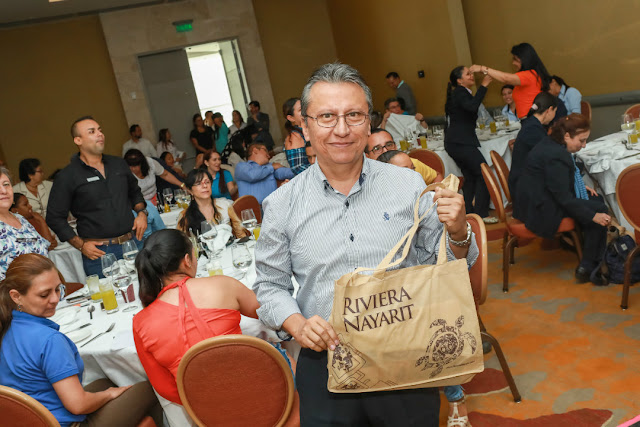 More Info:
Beginning in December 2018, Panamanian airline Copa will directly connect Panama City to Puerto Vallarta-Riviera Nayarit. It is expected to bring in over 10,000 travelers a year with two weekly flights connecting to strategic destination in South America.
###
The Riviera Nayarit Convention and Visitors Bureau (CVB) and the Bahía de Banderas Hotel and Motel Association (AHMBB) reaffirm their commitment to working intensely to attract more and better tourism to Mexico’s Pacific Treasure with the support of the Government of the State of Nayarit via the Tourism Promotion Trust (Fiprotur). 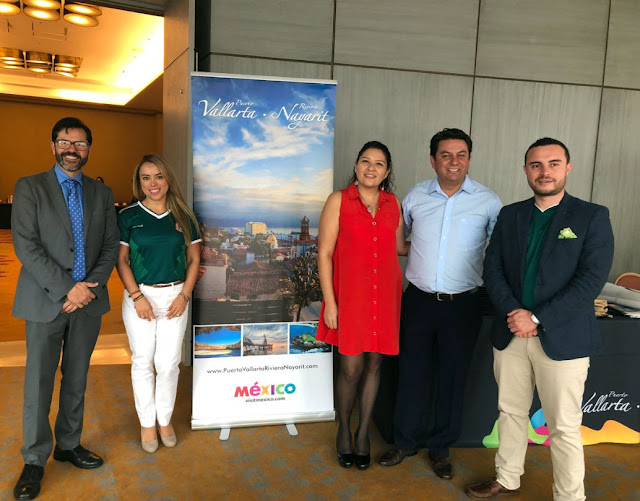 Riviera Nayarit wants to paint itself in green and yellow

Pinktober In The Riviera Nayarit, A Destination With A Cause