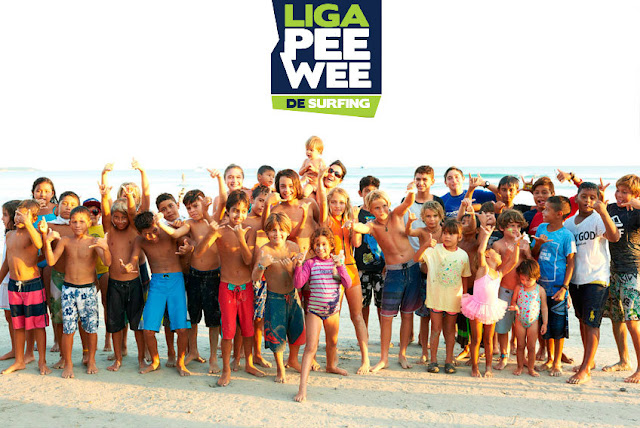 The Pee Wee Surfing League is back with six tournaments to be held in three of the Riviera Nayarit’s beaches. They will take place from June 23 through October 14, 2018 and are a springboard for future surfing champions from the region.
The league is presented by Ramos Shapes, Sunset Bungalows, and Los Rudos SurfShop following the competition formats established by the World Championship Tour Top 33 from the World Surf League (WSL), the International Surfing Association (ISA), and the Nayarit State Surfing Association (ASENAY), with the support of the local surfing clubs from the different towns.
The first competition will happen in Sayulita on June 23-24 and will be the state of Nayarit’s qualifying kids’ and teens’ event for the national competitions. It’s open to kids and teens between the ages of 8 and 18 who will participate over the next five months in different phases of the circuit to classify for the grand finale on October 14th.
Upcoming dates: August 4-5, Sayulita; August 26, San Blas; September 8-9, San Pancho; September 22-23, San Blas; October 13-14, San Pancho.
Boy/girl categories: 18 and under; 16 and under; 14 and under; 12 and under; 10 and under; 8 and under. Category winners within each heat will receive a prize. 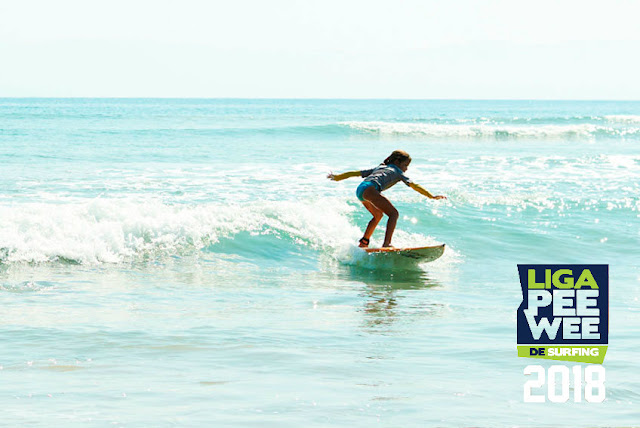 League director Rogelio Ramos, said the objective of the competition is to help young talent become top athletes.
“We also want them to have fun and enjoy the competition, to be motivated to learn and compete from the time they’re very young, so that in upcoming generations we might see a Mexican at the World Surf League’s World Tour.”
He mentioned the current world champion is Mexican; which is it’s possible for one of these kids to represent of our country and maybe even win a medal.
For more details: https://www.facebook.com/Ligapeeweesurfing/
The facts:
For the first time in history surfing will be part of an Olympic competition during the Summer Olympic Games to be held in Tokyo in 2020, participating with men’s and women’s shortboard competitions. This, according to an agreement reached in Rio de Janeiro during the 129th session of the International Olympic Committee in an attempt to attract a wider—and younger—public.
###
The Riviera Nayarit Convention and Visitors Bureau (CVB) and the Bahía de Banderas Hotel and Motel Association (AHMBB), with the backing of the Government of the State of Nayarit via the Tourism Promotion Trust (Fiprotur), are pleased to support this type of events in which the love for sports is fostered in the new generations and young surfers are encouraged to train and develop into top athletes.
https://www.rivieranayarit.com/wp-content/uploads/2019/07/logox300.jpg 0 0 1stonthelist https://www.rivieranayarit.com/wp-content/uploads/2019/07/logox300.jpg 1stonthelist2018-06-21 05:00:002018-06-21 05:00:00Pee Wee Surfing League Returns to the Riviera Nayarit

Golf with a cause in the Riviera Nayarit: 2nd Delia Morán Vidanta Foundation Tournament

Gala Vallarta-Nayarit: Another Success In 2017

The Riviera Nayarit’s Longest Zip-Line Is Over Half A Mile Long!