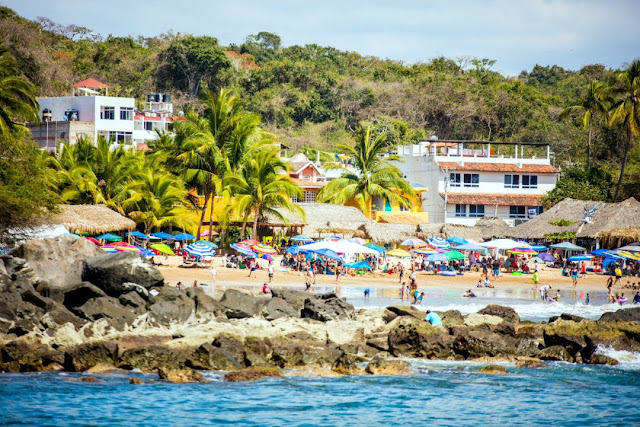 Summer is here and it’s time for a vacation! You’ll want to indulge in some rest and relaxation—and there’s no better place to do it than on the beach, where the sun, sand, and sea conspire to offer the best views and unique moments.
According to research by Mexican travel agencies, 4 out of every 10 Mexicans plan on taking their vacation between July and August, coinciding with the school holidays. Even though the country has plenty of tourism destinations to choose from, there’s one that stands out for it luxury and exclusivity: the Riviera Nayarit.
With a hotel offer of nearly 15 thousand rooms, Mexico’s Pacific Treasure is ready to welcome its best tourism season this summer. Its infrastructure, gorgeous beaches, the warmth of its people, and its excellent gastronomy make the destination a favorite of domestic travelers.
According to online portal Trivago.com, Nuevo Vallarta—the gateway to the Riviera Nayarit—is among the top 10 most sought-after vacation destination by domestic travelers and is among the three destinations that registered a relevant increase in searches by international travelers when compared to last year at this same time.
By the same token, the Riviera Nayarit’s hotels and resorts have been ranked as the most exclusive and luxurious beach destinations internationally, taking the lead in the ranking of places where domestic travelers spend the most money on accommodations per night with an average rate of $4,764 pesos.
An excellent season
In this respect, Marc Murphy, director of the Riviera Nayarit Convention and Visitors Bureau (CVB) and the Bahía de Banderas Hotel and Motel Association (AHMBB), is confident this upcoming vacation period will top that of last year, meaning the destination continues to be on the positive track it’s been on for the past five years. 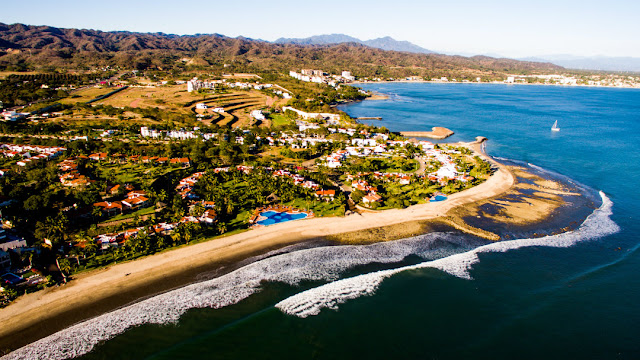 According to the preliminary numbers, he estimated that from July 1-31—the main vacation period—there should be nearly 225 thousand vacationers with an 88.80% hotel occupancy. When comparing numbers from last year, he added, this anticipates an increase of 2.5% in the number of tourists.
He also indicated there would be an estimated individual expenditure of $724 USD and a revenue of $160,857,447 USD, an increase of nearly 4% with respect to 2017, which registered a revenue of $154,234,292 USD just in the month of July.
Versatility and beauty
When visiting the Riviera Nayarit, travelers will find themselves in Mexico’s youngest destination, one that in just a little over 10 years has become a favorite with Mexicans and foreigners alike. An important asset is its 23 traditional villages, each one with its own essence and identity.
It has 308 km/192 mi of Pacific coastline that extends through the municipalities of Bahía de Banderas, Compostela, San Blas, Santiago, and Tecuala. It also has iconic spots to enjoy within the destination as well as multidimensional attractions such as Nuevo Vallarta, Islas Marietas, La Cruz de Huanacaxtle, Punta de Mita and Sayulita, to mention just a few.
The adventurous traveler will find in the Riviera Nayarit plenty of open-air activities on land and sea that accelerate the adrenaline, including ATV tours, zipline adventures, horseback rides on the beach, surfing, paddle board, or the unforgettable experience of freeing turtle hatchings, just to mention a few.
For those who want to engage in sports while on vacation, the Riviera Nayarit offers spectacular golf courses designed by top golfers such as Jack Nicklaus, Greg Norman, and Robert Von Hagge. 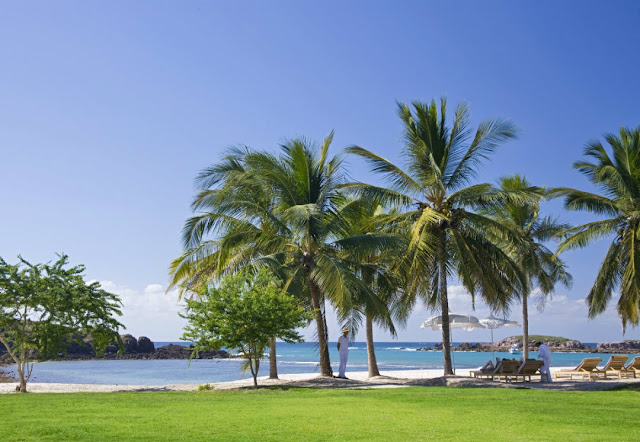 There are also a good number of high quality restaurants with European and North American menus and, of course, authentic Mexican cuisine and seafood. Or how about a relaxing escape to one of the many spas in the destination? Or, perhaps, an afternoon of shopping for authentic take-home treasures like Mexican handicrafts or clothing. The artisan markets in both Bucerías and Nuevo Vallarta house a great variety of boutiques and souvenir shops.
HOW TO GET THERE
The Riviera Nayarit is located about 10 minutes north of the Puerto Vallarta International Airport; its northernmost point is 40 minutes west of the Tepic International Airport. The climate is mainly warm and sub-humid, with an average annual temperature of 25 C (77 F).
###
The continual promotion of the Riviera Nayarit both on a national and international level has yielded excellent results, thanks to the efforts not only of the Riviera Nayarit Convention and Visitors Bureau (CVB) and the Bahía de Banderas Hotel and Motel Association, but also of the business sector and the communities that work in tandem to offer all our visitors a very pleasant stay. This is possible thanks to the support of the Government of the State of Nayarit via the Tourism Promotion Trust (Fiprotur).
https://www.rivieranayarit.com/wp-content/uploads/2019/07/logox300.jpg 0 0 1stonthelist https://www.rivieranayarit.com/wp-content/uploads/2019/07/logox300.jpg 1stonthelist2018-06-27 14:49:002018-06-27 14:49:00Enjoy the Beach this Summer at the Riviera Nayarit