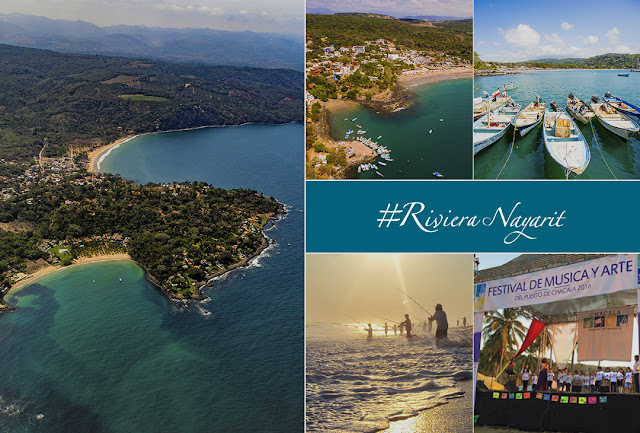 Chacala, the Riviera Nayarit’s “Gallery Town,” is a very friendly, community-oriented place. Families, friends, and couples will all enjoy the calm ambiance of this micro-destination, located in the municipality of Compostela, Nayarit.
It has been called a true “hidden treasure,” framed by a perfectly seashell-shaped bay, nearly virgin beaches, and surrounded by lush vegetation that entices the senses.
For others it’s a kind of paradise thanks to the fabulous diversity of flora and fauna that flourish there, especially the colorful flocks of birds, including crows, pelicans, seagulls, and herons—features that earned it the name “Gallery Town” back in 2002.
A legendary port
According to historical documents, the port of Chacala was discovered in 1524 by Captain Francisco de Cortés de San Buenaventura. The place is full of stories and anecdotes, including one that says its coast has been visited by everyone from Dutch pirates to Father Kino, the evangelist who used it as a starting point for several of his missions. 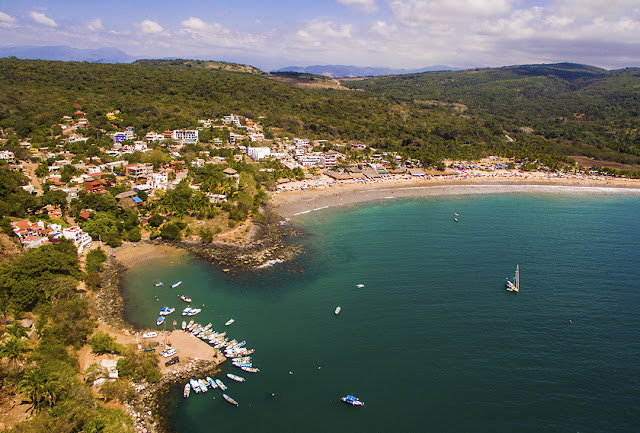 Its beaches
This beautiful Pacific region in Nayarit has several beaches that can be easily accessed during most of the year. The main ones are Las Cuevas, Chacalilla, and Caleta, though the first is the most popular thanks to its nearly one kilometer in length and 40 meters in width. It has moderate waves, and fine, golden sand. It’s not unusual to see visitors laying out in the sun or enjoying a delicious pescado zarandeado (grilled fish) in one of the palapas at the water’s edge.
Chacalilla is a private beach with calm waters, ideal for scuba diving or kayaking, and Caleta is perfect for surfing—it’s very popular with surfers from all of Mexico. According to the experts, this beach offers waves that are as long as a football field! Not only that, they’re high enough to accommodate any size board. Another surfing beach is Colorine, some 400 meters from Caleta, with fast waves over a shallow bottom. 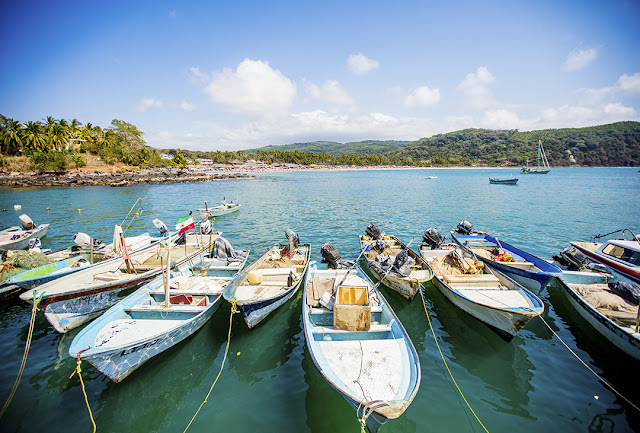 Where to stay
In Chacala you can stay in charming boutique eco-hotels with spectacular views of the water and spa services, or even in a home rented especially for tourists, as this town is one of the first adepts of the project “Techos de México,” or “Mexican Roofs,” which consists is building an additional room in a home, so it can be rented out to guests. “This project seeks to encourage local sustainable economic development,” said José Enrique del Valle, engineer and project coordinator.
Valle adds that Techos de México persuades people to stay in town and brings in additional revenue with the guest room. Owners receive hotel training, so they can better manage their rooms. 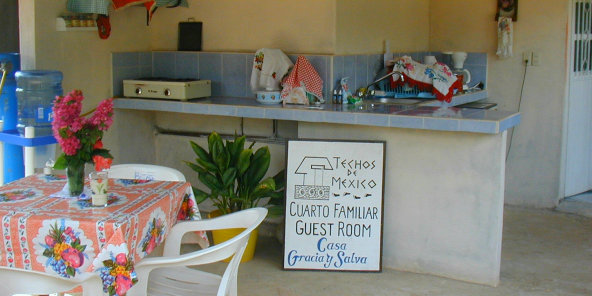 Mar de Jade is another option very close to town: this is a yoga center, and a wellness and relaxation retreat, which offers guests and groups an authentic atmosphere of peace and renewal.
What to do
The community of Chacala is very united and entrepreneurial. Its citizens are kind and always interested in sharing their culture and experiences.
Five years ago, a group of volunteers from different countries with different professions and origins came together to create the Music and Arts Festival, which takes place in the month of March. The festival has evolved year after year, not only in the music it presents but also in the participation of volunteers, to the point the Chacala Cultural Foundation was created to better organize the event. 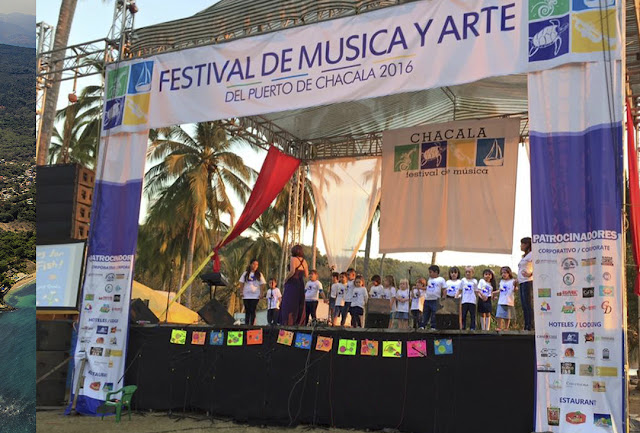 Besides the yearly event, the foundation works throughout the year to provide workshops for kids and adults featuring drawing, etching, cinema, photography, music and other arts.
Another of Chacala’s attractions is its Cultural Market, which opens at the end of November through March, every Saturday from 9 a.m. to 1 p.m. Visitors can start their day out in this market located in the town’s small plaza, where they will find food, art, handicrafts, traditional candies, organic products, and fresh vegetables. A visit to the town at noon is always a good idea, as it’s very quiet, or likewise a trip to the beach, walk to Caleta, or practice a watersport like kayak, paddleboard, surf, or sport fishing.
Several sporting events have been added to the tourist and cultural offer of the town, including the Surf Fishing Tournament, organized by the Tepic Surf Fishing Club, which welcomes the fishing community from several states around Mexico and even other countries. 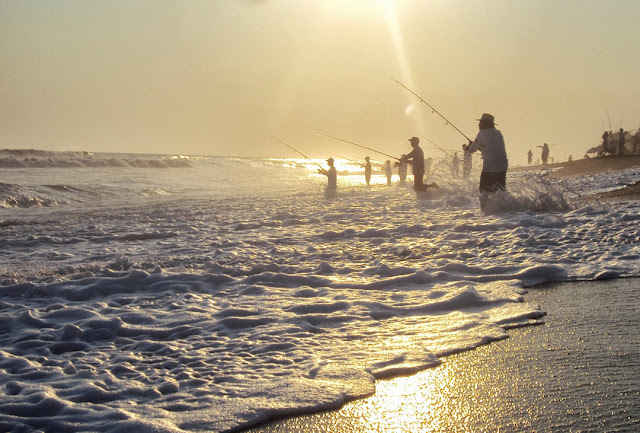 How to get there
+ If you’re driving from the south you can reach Chacala by taking the left-hand exit just about 1,500 meters before the entrance to Las Varas; Federal Highway 200 splits in two and there are signs that indicate Chacala is 9 kilometers to the West.
+ If you’re coming from Tepic take Federal Highway 200 towards Compostela; once there continue on to the village of Las Varas, some 37 kilometers away, then the beach of Chacala will be 9 kilometers to the West via a paved road.
+ Chacala is located 77 kilometers south of San Blas and 32 kilometers north of Rincón de Guayabitos.
####
The Riviera Nayarit Convention and Visitors Bureau (CVB) and the Bahía de Banderas Hotel and Motel Association (AHMBB) continue to jointly publicize the region, reinforcing its promotion and helping to position Mexico’s Pacific Treasure on the world map, together with the full support of the Government of the State of Nayarit via its Tourism Promotion Trust (Fiprotur).
https://www.rivieranayarit.com/wp-content/uploads/2019/07/logox300.jpg 0 0 1stonthelist https://www.rivieranayarit.com/wp-content/uploads/2019/07/logox300.jpg 1stonthelist2018-03-06 09:09:002018-03-06 09:09:00What To See And Do: Chacala, the Riviera Nayarit’s “Gallery Town”