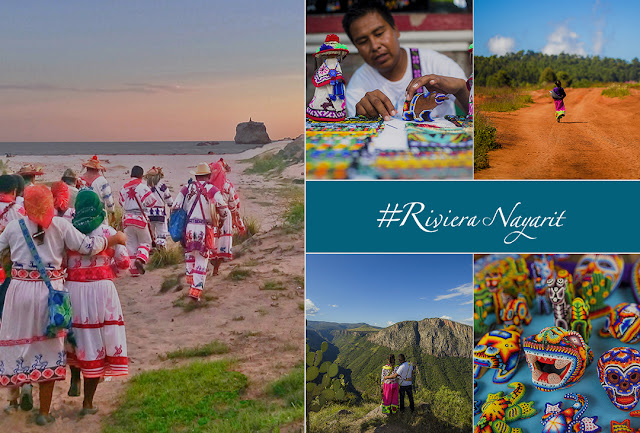 This is an incredible, spectacular, and unique find for visitors to Mexico’s Pacific Treasure.

The Riviera Nayarit is a destination where luxury and nature go hand in hand, and the state of Nayarit—home to this tourism corridor—has several elements that make it unique, including its pluriculturalism and its varied ethnicities and languages.
The culture and traditions of its citizens lend an authentic flavor to the experience of visiting this destination, one that goes home with you in your heart.
Within these cultures are four indigenous groups: the Huicholes, Coras, Tepehuanos and Mexicaneros that lend their identity to the state. The most popular group is the huicholes, also known as the Wixárikas or Wixaritaris (Children of the Sun).
At this point in time it can be said there is no other ethnic group in Mexico that has so profoundly preserved its beliefs, its cult, and its traditions as extensively as the Huicholes. This is a mystical and spiritual group, whose culture and artwork can offer you a fantastic experience during your visit to the Riviera Nayarit. 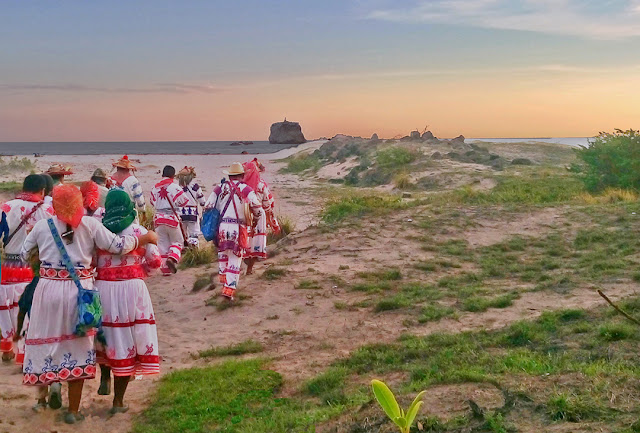 WHO ARE THEY?
You might have spotted them at a traditional fair or festival in any of the coastal villages of the Riviera Nayarit, although it’s very common to see them in the state capital where they go to sell their wares.
You can tell the Wixaritaris apart by their colorful dress, their embroidered sackcloth clothing, and hats sporting feathers, as well as their glass bead rings and necklaces. Their language is similar to the Náhuatl as well as the Pima, Yaqui, Cora and Tepehuano tongues.
This ethnic group is very rooted in its identity. Their faith makes them engage in constant pilgrimages to their holy sites, which is why they are considered a tayeiyari people, or pilgrims. They commit to visiting their ethnicity’s five sacred places during their lifetimes; one of these is the Tatei Amara, or “White Rock,” that can be found in the historic Port of San Blas. 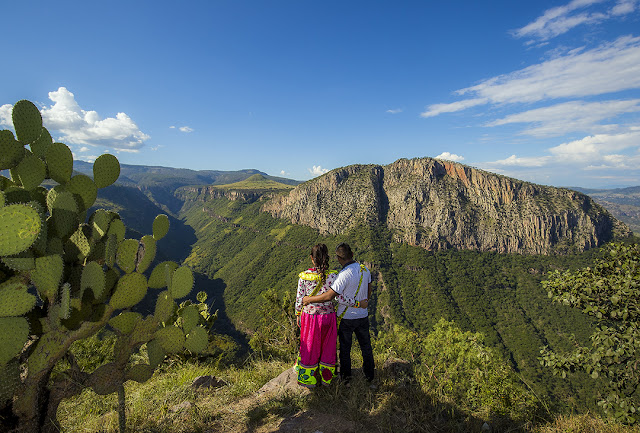 Another very important pilgrimage is the one they take to Wirikuta, in San Luis Potosí, a place where the peyote is abundant and the gods make their home, according to them. This is where they pick the peyote they use in their mystical ceremony at the Monte Quemado, which they assure “maximizes their spirit until they reach a temporary transformation via spiritual exaltation.”
WHERE ARE THEY LOCATED IN NAYARIT?
It’s possible to find Huicholes in the municipalities of La Yesca and El Nayar. The main Wixárika community is Xatsixarie (“Place of many words”) in Guadalupe Ocotán. It’s not easy to get there at all, as you have to arrive from Ixtlán del Río on board a small plane that makes the trip only sporadically, or from Tepic by bus on a ride that lasts a little more than six hours.
Visitors can make tours to their communities to learn all about their ceremonies, lifestyles, and artistic creations. 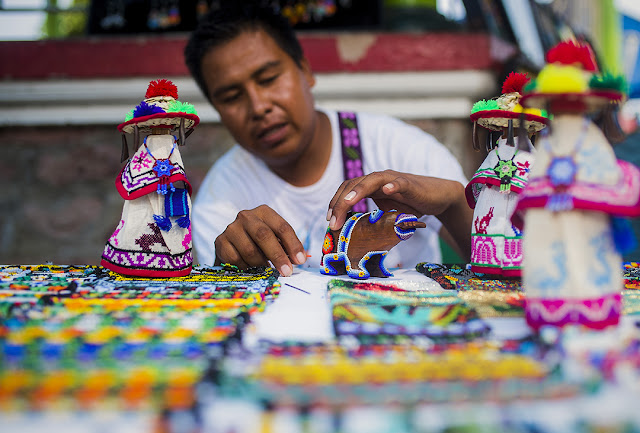 ART AND CULTURE
Huichol art is a form of writing, as through their creations the Huicholes tell us their stories and their myths. The leave a piece of their lives in every handicraft they make.
The use of color by this culture is highly complex. Their artwork is an offering to the elements: Earth, Water, Fire, Water, although it’s also a way of communicating their divine messages to their community—and to the rest of humankind.
The artistic creators of the Huichol people are divided into two groups: those who create articles for sale and those that who do the same for religious purposes. Within the first group you’ll find colored yarn paintings, in the second are musical instruments, embroidered clothing, and the building of temples.
The yarn paintings are made on wooden boards with wax, and there are figures made with chaquira (glass or plastic beads) adorning different material such as stone, ceramic, wood, and metal. Originally these works of art were made with seeds and they first began decorating bull horns, gourds, masks, and jaguar heads.
Álvaro Ortiz López is a Huichol artist who has become famous thanks to his impressive works of art. He was part of the team that decorated the Vochol, a Volkswagen Beetle with an exclusive design made up of 2 million 277 thousand beads. This project was sponsored by agencies associated with the Mexico City Museum of Popular Art, the states of Jalisco and Nayarit, and other public and private organizations; it was finished in late 2010.
When talking about the Huichol art, Ortiz explains the drawings integrated in the different crafts represent traditional festivities, with corn as an omnipresent element. 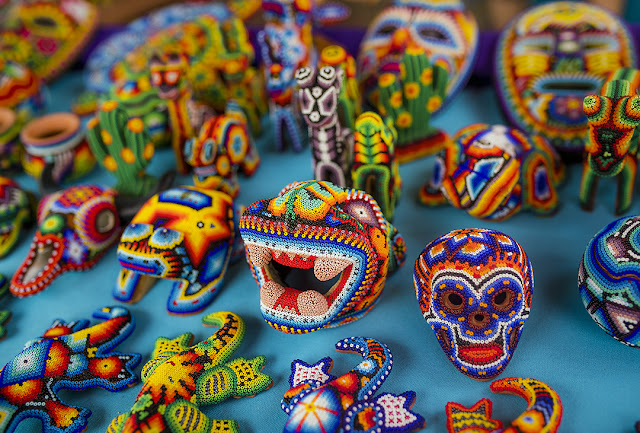 “There are no blueprints, no projects, no drawings, no calculations as to size or estimates on space. None of that is needed, because everything is perfect. Everything comes out dictated by inspiration, in the moment, just at the point where man finds himself and his work,” he said.
The colors aren’t planned either, he insists, because these are chosen spontaneously, as natural as water flows. “The symbols might depend at certain times on the size of the area available, but that’s about it.”
DISCOVER THE MARVELS OF THE HUICHOL CULTURE
Beyond the sun, the beach, and the fabulous luxury resorts, the Riviera Nayarit offers history, culture, and contact with nature. If you’re looking for something more, an encounter with the Huichol or Wixárika culture will be just what you need. You’ll enjoy a full-day excursion into the peaks of the Sierra, where you’ll visit these remote Mexican villages and learn about their traditions, their music and their dance. This is a world-class experience you’ll never forget!
For more information on tours to the Huichol communities click: http://www.rivieranayarit.com/activities/land/huichol-indian-encounter
https://www.rivieranayarit.com/wp-content/uploads/2019/07/logox300.jpg 0 0 1stonthelist https://www.rivieranayarit.com/wp-content/uploads/2019/07/logox300.jpg 1stonthelist2018-02-26 08:26:002018-02-26 08:26:00See It To Believe It: Huichol Culture In Nayarit