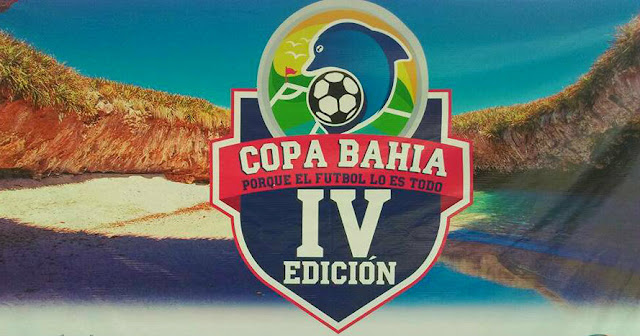 Everything is set for the IV Bahía Cup 2018 in the Riviera Nayarit, which will take place this year from Wednesday, February 28th through March 4th with the participation of anywhere from 40 to 60 teams from 10 states in the Republic of Mexico.
The organizing committee, led by Professor José Ángel Aguiar Lama, furnished the details of this fourth edition of this regional youth soccer tournament with the slogan “Because soccer is everything.” Sports entities, schools, private schools and soccer leagues have all been invited to attend.
They are expecting the participation of between 800 and 1,000 players—30 percent more than last year—coming in from Jalisco, Durango, Sinaloa, Chihuahua, Guanajuato, Aguascalientes, Oaxaca, Baja California, Veracruz y Nayarit.
According to Aguiar Lama, this is a sports festival: five days of events in the competition zone, beginning with registration for locals on the 28th at Plaza Paradise, followed by out-of-state team registration on March 1st. The inauguration will be on that same day in the parking lot of the Nuevo Vallarta Business Center starting at 6 p.m. The games will start on Friday, March 2nd, from 8 a.m. to 6 p.m. 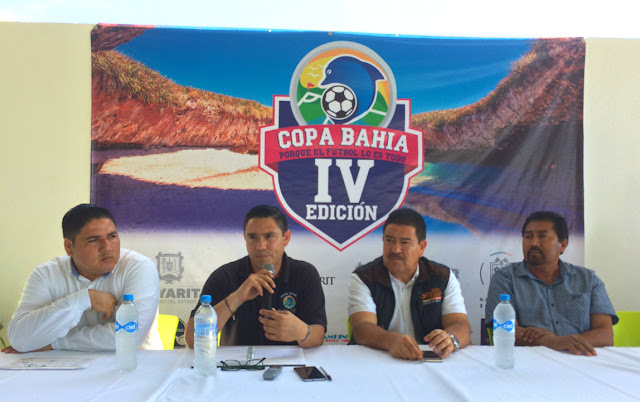 The venues for the competition will be the San José del Valle Sports Arena, the San Vicente field (near the lienzo charro), the Jarretaderas Sports Arena, and, tentatively, the Bucerías Sports Arena.
As stated in the conference, the competition will be in round robin format (elimination rounds by group) during which each team will play a minimum of three games, although if needed in order to complete the program they might have double plays during any point in the tournament. The team with the highest score out of each group will be the qualifying team. Copa Bahía, Femexfut, and FIFA imparted the rules and regulations.
Categories, Prizes, and Registration
Mixed: (2012-2013), (2010-2011), (2008-2009), (2006-2007).
Boys: (2004-2005), (2002-2003), (2000-2001), Open.
Girls: Sub-15 (03-04-05), Sub-18 (00-01-02), Open.
The winning teams from each category will be awarded a trophy, medals, and recognition, as well as the right to register for the next Bahía Cup tournament in any of the categories. Second place teams will be awarded a trophy, medals, and recognitions.
Players in the Boys and Girls Open categories will also receive an additional prize of $10,000 pesos in cash. This prize is valid only if there is a minimum of 10 registered teams in each category. The remaining categories will receive cash prizes of $7,000 pesos, as long as there is a minimum of eight registered teams per category. 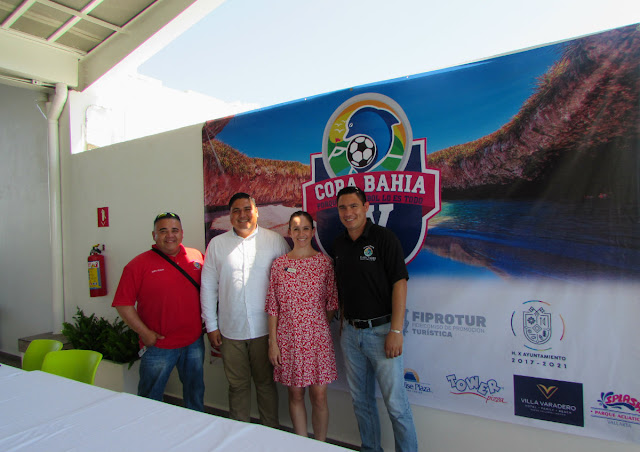 Team registration is $4,000 pesos per team; deadline is Monday, February 26, 2018. No players may be registered after the deadline, no exceptions.
For more details please contact: José Ángel Aguiar Lamas, President of the Bahía Cup Organizing Committee. Tel: 322 294 2842 and 322 100 8617.
Visit their Facebook page at Copa Bahía or write to: copabahiaoficial@hotmail.com
###
The 2018 Bahía Cup is backed by the Riviera Nayarit Convention and Visitors Bureau (CVB) and the Bahía de Banderas Hotel and Motel Association (AHMBB), as well as the Government of the State of Nayarit via the Tourism Promotion Trust (Fiprotur) in order to encourage sports, generate an increase in the influx of tourists, position the destination, and of course, increase revenue to benefit the people of the state of Nayarit.
https://www.rivieranayarit.com/wp-content/uploads/2019/07/logox300.jpg 0 0 1stonthelist https://www.rivieranayarit.com/wp-content/uploads/2019/07/logox300.jpg 1stonthelist2018-02-21 12:57:002018-02-21 12:57:00All Is Set For The IV Bahía Cup 2018 In The Riviera Nayarit

The Riviera Nayarit nominated for the TravelAge West WAVE Award

Construction Underway On The Largest Convention Center In The Riviera Nayarit