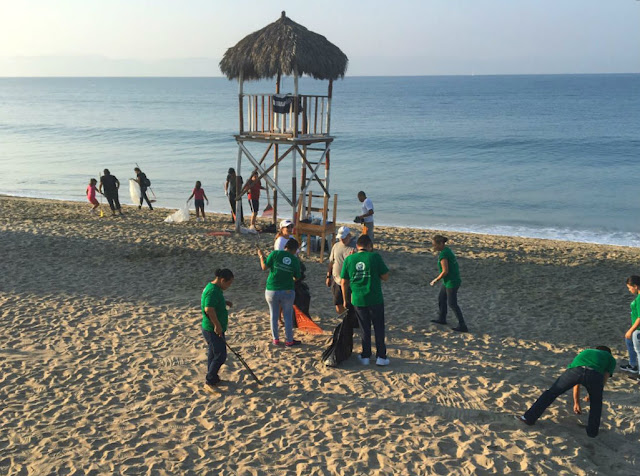 The Riviera Nayarit’s Beach Cleanup Network (BCN) will resume its activities on Saturday, January 13th, right after the holiday recess and with the support of different volunteer groups that have pledged to clean up Nayarit’s public beaches, streams and islands.
The first cleanup of 2018 coincides with the vacation period for resident foreigners, who every year pitch in with the BCN; these are visitors from Canada and the United States—mainly adults—who care about the environment and in this manner repay the hospitality they have enjoyed in this tourism destination.
This month the cleanup actions will focus on communities including Bucerías, Playas de Huanacaxtle, La Manzanilla, Destiladeras, Punta de Mita, Higuera Blanca, Sayulita, San Pancho, Islas Marietas, La Peñita de Jaltemba, Playa Platanitos, Boca de Camichín, and the Isla de Mexcaltitán along an area of just over 260 kilometers.
Of note is the fact that since June 7, 2014—the year the BCN was formed—there have been numerous civil associations, hotels, private companies, authorities and schools that have lent their support to this massive cleanup effort in the Riviera Nayarit; there have also been several specialized cleanups of the Islas Marietas for which they have requested the help of the local service providers.
Among the groups that help out every month are the Hard Rock Hotel, Palladium, and Dreams hotels; organizations such as Amigos de Bucerías, Vecinos de Huanacaxtle, Pro Sayulita, Voluntarios Punta Mita, Entre Amigos, Bahía Unida, Grano de Arena, Platanitos Ecológico, Mujeres Unidas por un Boca de Camichín Limpio, and Mujeres de Mexcaltitán, as well as companies including Aquaventuras Park by Dolphin Discovery and Tropical Incentives.
For more information, comments or if you’re interested in participating in the BCN activities, please call 2 97 2516 Ext. 108 or write to: mduenas@rivieranayarit.com 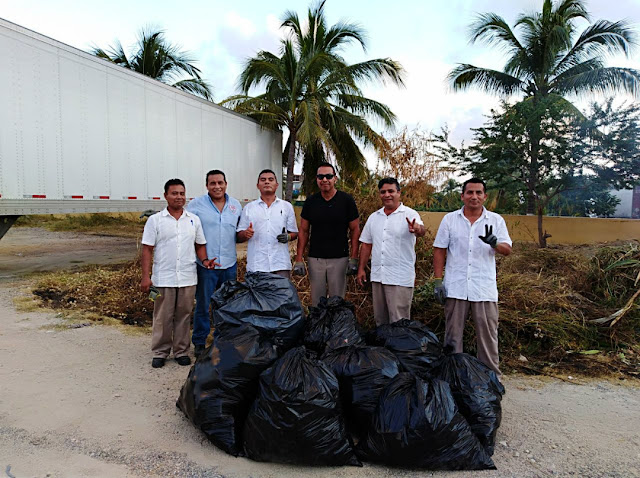 The facts:
According to data from the BCN, the most common types of trash found in the different beaches around the Riviera Nayarit include: drinking straws, PET bottles, cigarette butts, six-pack rings, plastic bags, Styrofoam, and microplastics.
###
The Riviera Nayarit Convention and Visitors Bureau (CVB) and the Bahia de Banderas Hotel and Motel Association reaffirm their commitment to work intensely to achieve the goal of attracting more and better quality tourism to Mexico’s Pacific Treasure, with the support of the Government of the State of Nayarit via the Tourism Promotion Trust (Fiprotur).
https://www.rivieranayarit.com/wp-content/uploads/2019/07/logox300.jpg 0 0 1stonthelist https://www.rivieranayarit.com/wp-content/uploads/2019/07/logox300.jpg 1stonthelist2018-01-09 13:45:002018-01-09 13:45:00Riviera Nayarit Resumes Beach Cleanup Network Activities

Travel light to the Riviera Nayarit with Volaris

The Festival Sayulita Is Back And Better Than Ever!

Get Ready For The 1st Vallarta-Nayarit Classic Rock Festival

The 4th Festival Sayulita Is Knocking It Out Of The Park