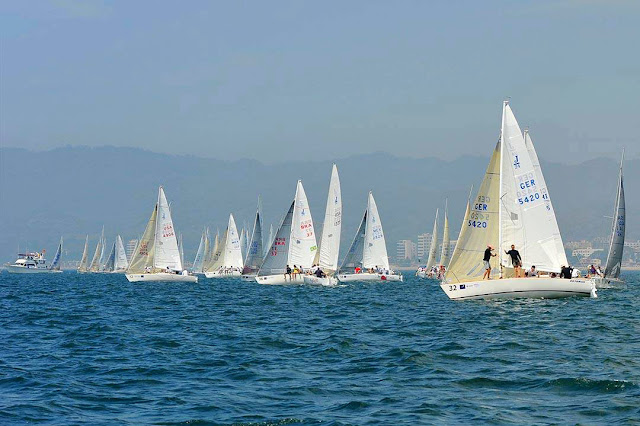 The Riviera Nayarit started out the year at full sail with the 13th annual Vallarta Cup Race Series organized by the Vallarta Yacht Club (VYC) in Nuevo Vallarta, taking place in Banderas Bay in January.
The Vallarta Cup Race Series is a series of races run by about 30 sailboats each day, marking the start of the nautical competition season in the region. It happens on four Saturdays during the month of January (6, 13, 20, 27), with one race per day and a party each evening at the VYC clubhouse after the run.
Participants are mostly local, though there are several notable national and international craft. The advantage is that participants can register on any of the Saturdays in January, including after the series has begun.
With 13 years’ experience, this regatta series has gotten better year after year and has been redesigned to include the participation of race boats as well as ocean craft, all classified under the Vallarta Yacht Club Handicap System.
During the competition the sailboats will leave from the facilities of the event host, Paradise Village Marina; the Marina Riviera Nayarit in La Cruz de Huanacaxtle and the Marina Vallarta are also participating.
Although there are prizes for the top three spots, truth is the majority of the competitors register in order to test their boats and crew before setting out on international waters. 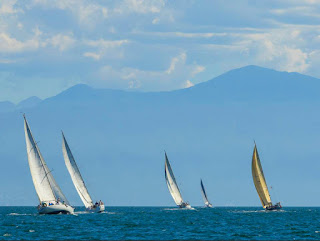 The Riviera Nayarit is considered by experts as one of the best destinations for competitive sailing thanks to its excellent wind, which is why it has hosted numerous international competitions. This is also an ideal place to practice an endless number of aquatic sports during the course of the year, events that contribute to the promotion and attraction of visitors to the destination.
For more details and registration click: http://www.vallartayachtclub.org/
Nautical events calendar: http://bit.ly/2Cc6dok
Contact: Andy Barrow onthewater@vallartayachtclub.org
###
The Riviera Nayarit Convention and Visitors Bureau (CVB) and the Bahía de Banderas Hotel and Motel Association (AHMBB) back the Vallarta Race Cup Series together with the VYC and the support of the Government of the State of Nayarit via the Tourism Promotion Trust (Fiprotour).
https://www.rivieranayarit.com/wp-content/uploads/2019/07/logox300.jpg 0 0 1stonthelist https://www.rivieranayarit.com/wp-content/uploads/2019/07/logox300.jpg 1stonthelist2018-01-03 09:49:002018-01-03 09:49:00Riviera Nayarit At Full Sail With The Vallarta Cup Race