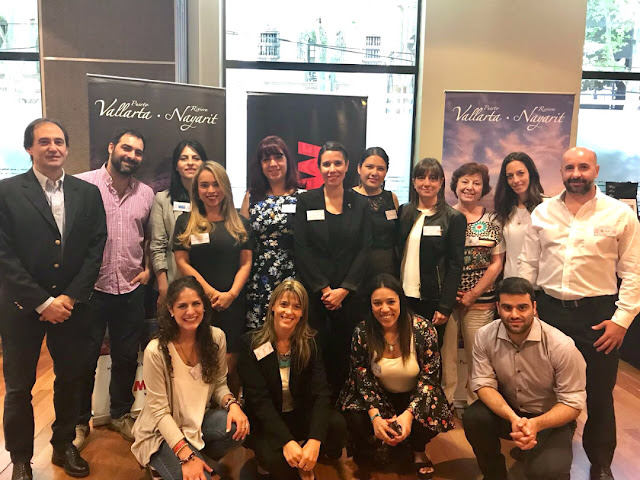 The Riviera Nayarit is maintaining a strong presence in South America with promotional actions that help its progress in diversifying markets—together with the natural markets this opens up a range of possibilities for the attraction of more tourists to this destination.
From November 28 – December 1, 2017, the Riviera Nayarit Convention and Visitors Bureau (CVB) was present in the city of Buenos Aires, Argentina as part of the Tourism Promotion Tour led by the Mexico Tourism Board’s office in this South American city.
During the tour, which they worked together with the Puerto Vallarta Tourism Trust (Fidetur), they were able to reinforce talks relating to connectivity, such as the new Puerto Vallarta-Riviera Nayarit route to Mexico City, which began operating last November 1st and connects to the daily flight from Mexico City to Buenos Aires without the need for an overnight stay.
The training of over 200 travel agents in the top cities of Argentina was another result of the tour; they were presented with the tremendous tourism offer in the Riviera Nayarit and Puerto Vallarta, reinforcing its position as the best destination in the Mexican Pacific.
Of note was the presence of hotel representatives from both destinations. Dreams Villamagna, Grand Velas Riviera Nayarit, Hard Rock Hotel Vallarta, Grand Sirenis Matlali Hills Resort and Spa, Iberostar Playa Mita, and Decameron Royal Complex were on hand from the Riviera Nayarit. 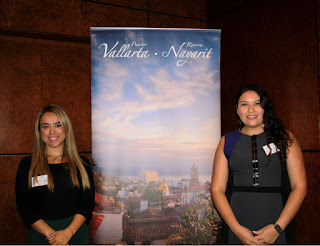 Promotion tours
The first seminar was held in the city of Mendoza on November 28th—one of Argentina’s main cities, with nearly a million inhabitants. Fifty travel agents participated and they were very interested in the information shared by the promoters, as well as the hotel, airlines and wholesaler offers.
The tour continued to Buenos Aires on November 29, where they presented before 70 travel agents, as well as wholesalers and airlines that offer options for the agents to sell the destinations. 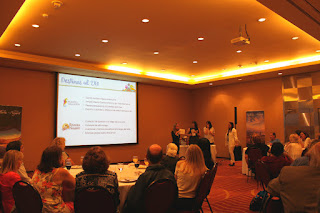 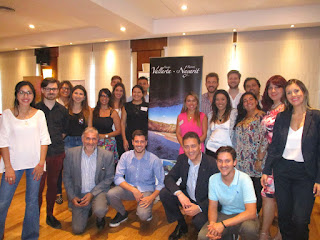 The Riviera Nayarit Convention and Visitors Bureau (CVB) and the Bahia de Banderas Hotel and Motel Association (AHMBB) reaffirm their commitment to the strategic promotion of the destination, finding areas of opportunity in Latin America and consolidating new markets in order to increase tourism, with the support of the Government of the State of Nayarit via the Tourism Promotion Trust.
The Facts:
Argentina is the fourth country of origin for tourists to Mexico; the year 2016 more than 375,000 visitors from Argentina visited the destination, thus the interest in the tremendous potential of this market for the Riviera Nayarit.
https://www.rivieranayarit.com/wp-content/uploads/2019/07/logox300.jpg 0 0 1stonthelist https://www.rivieranayarit.com/wp-content/uploads/2019/07/logox300.jpg 1stonthelist2017-12-04 16:26:002017-12-04 16:26:00Riviera Nayarit Strengthens Promotion In Argentina

10 Historic Places In The Riviera Nayarit