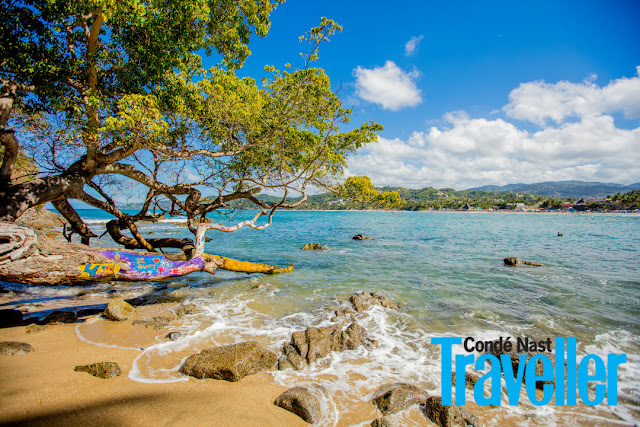 The UK edition of Condé Nast Traveller, a magazine dedicated to the luxury independent traveler, recently launched its Gold List 2018 where it included the Riviera Nayarit and its coastal villages in a 12-page article.
This year Condé Nast Traveller’s The Gold List “contains in its pages all things sublime and unridiculous, all things elevated and marvelous. All things classic and exceptional and beautiful as can be.” Which is why the inclusion of Mexico’s Pacific Treasure isn’t a coincidence.
Travel writer Antonia Quirke and photographer Oliver Pilcher went on tour through Mexico’s Pacific Coast all the way from the elegant Costa Careyes through Puerto Vallarta to the sensational Sayulita in the Riviera Nayarit, capturing the best stories and images to later share with their thousands of followers. 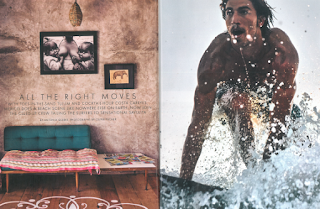 In the article they mention the bohemian ambiance and the surfing vocation of this coastal town, its casual air, its shops and small street eateries, as well as its local celebrities: the surfing champions who brought fame to the destination. They also mention San Pancho, with its bar and boutiques, which became famous during the six-year term of ex-President Luis Echeverría Álvarez. Today it’s a community that is known for its surf, but more so for its culture and the arts.
Imanta Resorts Punta de Mita, one of five Relais & Chateaux in Mexico, deserves a special mention: “this is an epic place that combines the intense green of the jungle with the blue sea, voluptuous beaches and delicious cuisine” to create a very special place. And an important mention was made of Casa Love Sayulita, one of the must-visit places in this Magical Town.
This is not the first time Condé Nast Traveller UK includes the Riviera Nayarit in one of its articles. The destination had already been featured in the list of “Destinations To Watch in 2015,” published in that year’s summer issue in a 10-page article. 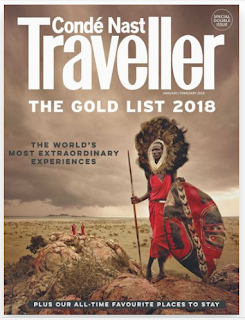 It’s important to point out that Condé Nast Traveller UK does not accept press trips; the magazine paid for the team’s trip, which makes this publication even more relevant.
Details
Condé Nast Traveller is the preferred brand for today’s luxury traveler.  It covers the most exciting destinations and offers recommendations on how to best enjoy them including details on hotels, restaurants, stores, trendy places and much more.
The UK edition reaches 234,273 readers. The 12-page piece with the mention of the Riviera Nayarit has a commercial value of 425,780 GBP (around $11 million pesos). 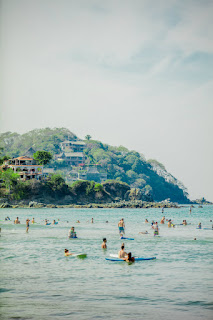 It’s of note to point out that Abercrombie & Kent, the world’s foremost luxury travel company, was also part of this article and offers packages to the region for a little over 5,000 GBP.
Click here for more information: https://www.abercrombiekent.com/about-us
The inclusion of the Riviera Nayarit in the Condé Nast Traveller is without a doubt the direct result of the promotion and public relations efforts lead by the Riviera Nayarit Convention and Visitors Bureau (CVB) that showcases the destination’s tourism attractions in the most important locations, in this case, the United Kingdom, with the full support of the Nayarit State Government via the Bahía de Banderas Zone Tourism Promotion Trust (Fiprotur).
Click here for the complete article
http://www.cntraveller.com/article/best-holiday-destinations-2018
The Gold List 2018
http://www.cntraveller.com/magazine
https://www.rivieranayarit.com/wp-content/uploads/2019/07/logox300.jpg 0 0 1stonthelist https://www.rivieranayarit.com/wp-content/uploads/2019/07/logox300.jpg 1stonthelist2017-12-24 09:10:002017-12-24 09:10:00Riviera Nayarit Condé Nast Traveller UK’s Golden List