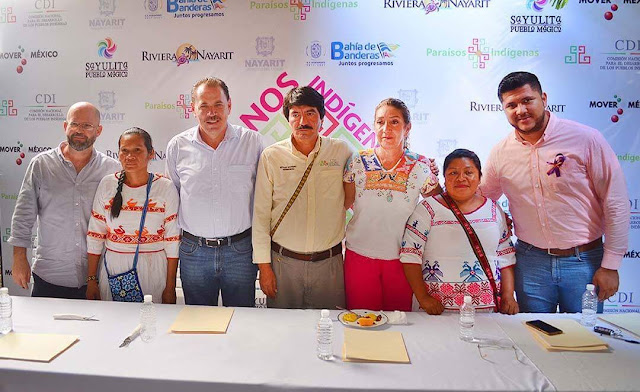 Sayulita is extending an invitation to the 2nd Wixárika Pueblo Commercial and Cultural Expo that will take place in the main plaza of this Magical Town in the Riviera Nayarit from November 30 – December 3, 2017.
The event is organized by the National Commission for the Development of Indigenous Pueblos (CDI) with the support of the Riviera Nayarit Convention and Visitors Bureau (CVB) and the Nayarit State Government via the Ministry of Tourism, as well as the Bahia de Banderas Municipal Government.
During a press conference held on Tuesday, November 28th the organizers stated the main objective of the expo is for the native communities to have a place to sell their handiwork without any middlemen, with the aforementioned entities serving as facilitators and supporters for this type of activity. 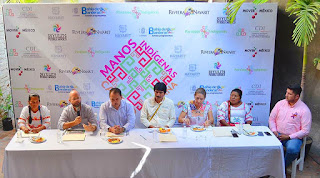 “This is an opportunity to showcase what they create (…) generally there are middlemen engaged in the transactions, but this expo is precisely set up to begin eliminating these middlemen and have the groups and the producers themselves displaying the merchandise for direct sale,” commented CDI Director Efrain Moreno Hernandez.
The Riviera Nayarit’s Identity
During his presentation, Richard Zarkin, Public Relations Manager for the CVB, mentioned that ever since the Riviera Nayarit brand was established 10 years ago, the Wixárika community had been a part of its identity and had become an important pillar for the tourism promotion of the destination.
Since then, he added, representatives of this community have traveled with the CVB to different cities abroad to participate in travel fairs in Madrid, Berlin and London, among others; they have also been to countries including Argentina, Brazil, Canada and the United States, as well as to the Tianguis Turístico trade fairs in Mexico. 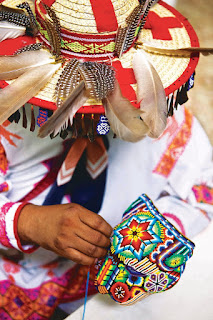 Meanwhile, Jaime Alonso Cuevas Tello, Municipal President of Bahia de Banderas, reiterated his unconditional support in facilitating everything required from the 10thCity Council and underlined the importance of supporting events such as this one, which highlights the work created by Nayarit’s artisans and thus contributes to their economy. He also stated his intention of replicating the event in other areas of the municipality before Rocio Martinez Ocegueda, Director of Municipal Tourism, and Councilman Jassiel Pelayo.
The Expo
The 2ndWixárika Huichol Pueblo Commercial and Cultural Expo includes the participation of more than 30 artisanal groups that will offer their extraordinary cultural riches during demonstrative workshops featuring embroidery, beadwork, painting, gastronomy, and more, within four separate pavilions: Indigenous Edens; Gastronomy; Agroindustry; and Traditional Medicine. Musical groups, folkloric dancers, theater, classical guitar, conferences, and both local and Wixárika artists will also be a part of the event. 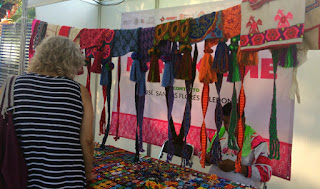 Several traditional medicine practitioners will be present, which were very popular during the first expo. Among them: Marakame (healer and shaman), Jose Muñoz Evangelista, and traditional healers (sobadores) Elogio Sostenes and Gabriela Trinidad Canare, who will set up once again at the plaza kiosk.
The public will be welcome on Thursday November 30th starting at 10 a.m. The inaugural act with a traditional ceremony and a tour with the authorities are slated to begin at 5 p.m.
For more information and the schedule:
https://web.facebook.com/profile.php?id=100012885184350
https://www.rivieranayarit.com/wp-content/uploads/2019/07/logox300.jpg 0 0 1stonthelist https://www.rivieranayarit.com/wp-content/uploads/2019/07/logox300.jpg 1stonthelist2017-11-29 17:06:002017-11-29 17:06:00Sayulita Extends An Invitation To The 2nd Wixárika Pueblo Commercial And Cultural Expo 2017