The Riviera Nayarit is one of the youngest destinations in Mexico at only 10 years of age, but it’s already established itself as a luxury brand, always top of mind thanks to its versatility as a tourism destination, its history, culture and amazing beaches.
Much of this success has been derived from the intense promotional actions the Riviera Nayarit Convention and Visitors Bureau (CVB) is constantly handling in different international markets alongside the Bahia de Banderas Hotel and Motel Association (AHMBB).
Thus, the celebration of the first 10 years of Mexico’s Pacific Treasure couldn’t get a better start than with an intense work schedule in the great city of New York, the stomping grounds of Finn Partners Public Relations agency, which has been key in the positioning of this destination among the world’s best. 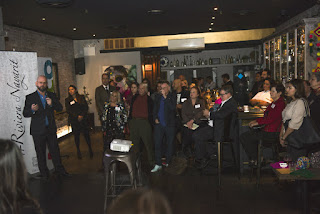 The anniversary event, organized by the Riviera Nayarit CVB, took place at Casa Neta with the participation of the Mexican Consulate in New York and the Mexico Tourism Board. Also present were tour operators, media and distinguished members of the industry. Carlos Gerardo Izzo, Consul of Public Affairs, was at the event representing Consul General Diego Gomez Pickering; Alfonso Sumano, Regional Director of the Mexico Tourism Board in Mexico, was there as well.
Richard Zarkin, Public Relations Manager for the CVB, spoke to those present about the evolution of this tourism destination from its beginnings and the plans for its future development. 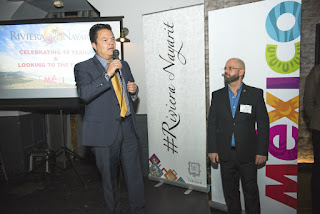 The award-winning Mexcaltitán folkloric ballet, directed by professor Sergio Eugenio García Pérez, represented put on a show representing the culture of Nayarit. They made an impression as they displayed the state’s most representative traditional dances; Modesto Rivera, representing the Wixárica culture, as also at the event.
“We’re very happy to share the style and flavor of the Riviera Nayarit with the people of New York, and welcome the most demanding international visitors who love luxury and authentic experiences,” commented Marc Murphy, director of the CVB and the AHMBB. 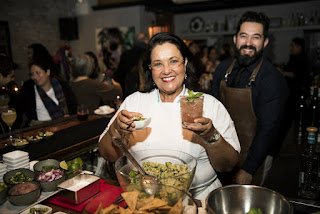 A Culinary Voyage
In these past 10 years, the gastronomy of the Riviera Nayarit has become an important asset for the destination, so much so that it’s a big part of the international strategies. As part of the program, chef Betty Vazquez, Culinary Ambassador for the Riviera Nayarit and a judge on the television show Master Chef Mexico, held a cooking class for the attendees, who also enjoyed a menu of Mexican appetizers personalized for the occasion. Also present, Israel Diaz, the Riviera Nayarit’s Mixology Ambassador, who brought an extensive variety of signature drinks. Among them, Sangre Cora, a mix of tequila, hibiscus infusion, spices, bitters from the bark of Nayarit’s trees, and caramelized hibiscus, which was inspired by region’s natural landscapes and the Cora culture.
The celebrations continued the following day with a Riviera Nayarit New York Pop Up event at La Piscine, a popular Mexican restaurant located on the rooftop of the Hotel Americano. Here New Yorkers, hotel guests and special guests had the opportunity to once again enjoy the flavors of the Riviera Nayarit as created by chef Betty Vázquez and Israel Díaz together with Bryan Noury, the host hotel’s executive chef. 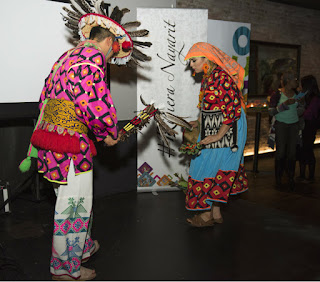 Media Promotion
Of note was the presence of 61 journalists at the events: 45 at the anniversary celebration and the balance at the culinary event. There were also interviews with representatives of specialized media both print and digital, among them: Douglas Stallings, editorial director for Fodor’s Travel; Perry Cat, from Muscle & Fitness; Devorah Lev-Tov, for Fathom, New York Magazine and USA Today; Joyce Shulman from Macaroni Kid; Michael Shapiro, Editor for Meetings & Conventions; James Shillinglaw, Editor-in-Chief for Insider Travel; Mark Chesnut, from Travel Weekly and TravelAge West; Nancy Trejos, hotel and travel reporter for USA Today, and Laura Manske, for inStyle and Redbook.
Work meetings held with representatives from Finn Partners and Protravel Service, Classic Travel, PIsa Brothers Travel, Apple Vacations, Apple and Classic Vacations, as well as representatives from the Mexico Tourism Board and airlines, Delta and Aeroméxico rounded out the agenda. 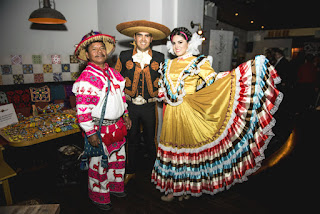 ###
With actions like these the Riviera Nayarit reaffirms its position as a premier tourism development, an example of Mexico’s growing tourism industry, and continues its intense work to attract more and better tourists to Mexico’s Pacific Treasure with the support of the Government of the State of Nayarit via the Tourism Promotion Trust.
https://www.rivieranayarit.com/wp-content/uploads/2019/07/logox300.jpg 0 0 1stonthelist https://www.rivieranayarit.com/wp-content/uploads/2019/07/logox300.jpg 1stonthelist2017-11-29 16:40:002017-11-29 16:40:00Riviera Nayarit Celebrates 10 Years With A Strong Promotion In New York