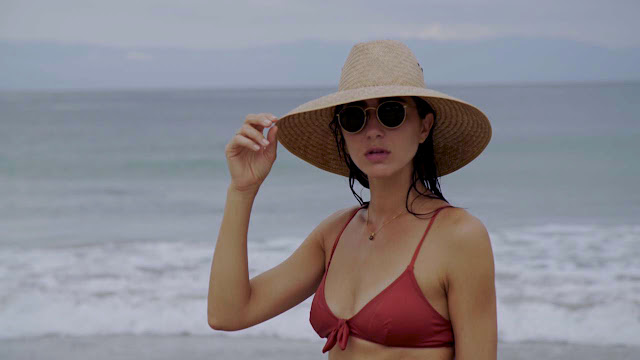 Wild On Latino, TVs sexiest reality show, is back—and it’s chosen the Riviera Nayarit to tape some of the episodes that will be on the air starting on October 29th on E! Entertainment network.
Wild On Latino follows a “road movie” format and is hosted by actress and model Alejandra Guilmant. Together with her two best friends, Flor Capistrán and Chloé Amutio, they travel to different parts of Mexico to discover its many attractions while experiencing all types of situations and emotions along the way.
They stopped in the Riviera Nayarit from August 23-26 to tape scenes for the reality show with One Luc on location at the W Punta de Mita hotel and other locations including Litibú, Sayulita, San Pancho, Punta de Mita, and the beaches at El Anclote and La Lancha. The three ladies visited the trendy spots and restaurants and enjoyed the nightlife in Mexico’s Pacific Treasure, all the while showcasing the many attractions of this destination.
Wild On Latino will premiere on October 29th at 10 p.m., Mexico CST.
The Riviera Nayarit Convention and Visitors Bureau (CVB) has plans to lend its support to more productions including film, TV shows and commercials in order to promote the tourism attractions of the destinations through their public relations efforts, which generate maximum impact at much less cost than traditional advertising.
The Facts:
From the end of the 90s through the start of the 2000s Wild On! was the trendiest show on the air with its new style and beautiful hostesses. It debuted in 1997 with model Jules Asner; in 1999 actress Brooked Burke took over the travel, and it was Uruguayan actress Cindy Taylor who hosted the last transmission in 2003.
https://www.rivieranayarit.com/wp-content/uploads/2019/07/logox300.jpg 0 0 1stonthelist https://www.rivieranayarit.com/wp-content/uploads/2019/07/logox300.jpg 1stonthelist2017-10-02 12:19:002017-10-02 12:19:00Riviera Nayarit In Wild On Latino On E! Entertainment