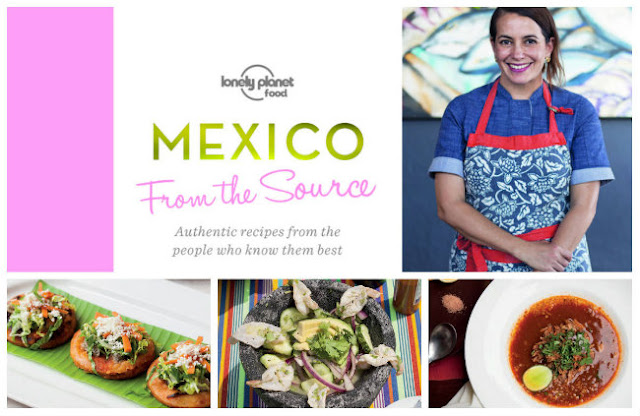 Lonely Planet, the top travel editorial house in the world, recently presented its latest From the Source Cookbook, Mexico Edition, that included the distinctive dishes of Nayarit straight from the kitchens where they were perfected by the most representative chefs in the destination.
The book is comprised of 70 classic recipes from different destinations within the country, with a delicious mix of dishes from appetizers to desserts. Canadian Lindsay Laukner Gundlock, who lives in Mexico City, photographed all the recipes, which were compiled by talented writers. The recipes are accompanied by a bio of the chef who created them and a short history of each dish.
In the chapter on the Pacific Coast, written by journalist Michele Paterson, the Riviera Nayarit and esteemed Chef Betty Vázquez—owner of San Blas’ El Delfín restaurant and the Riviera Nayarit’s Culinary Ambassador—is featured with her famous Sopes de Ostión that are best enjoyed as appetizers in the afternoon or on the weekends on El Borrego beach. “Corn is a big part of our history and our traditions (…) we can’t imagine a meal without tortillas,” comments Vázquez in the book. 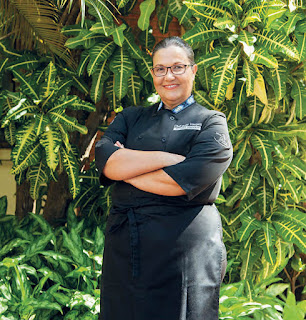 Young Chef Sergio Romo, of Las Palmas in San Pancho, is also featured with his refreshing Aguachile de Camarón, a recipe that has been handed down through three generations of the Contreras family (though Sergio likes to add his own special touch to classic dishes). The author explains that among his variations Romo includes a black aguachile, an Asian-inspired dish with carbonized habanero pepper; a red aguachile with chilemorita; and an orange aguachile. However, it’s his traditional green aguachile that won him inclusion in the book: “It’s the perfect marriage of ultra-fresh shrimp, sea salt from Colima, sliced red onion and chunks of crispy cucumber, all covered in slices of ripe avocado.” 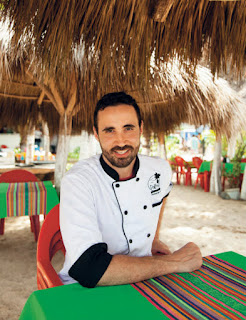 Chef Manuel Alejandro Jiménez Magallón’s entry is the Ceviche Punta Mita with habanero chile, red onion, coconut, apple and melon. Jiménez is the head of the Cevichería restaurant at the W Punta de Mita hotel, a bar installed in a Chevrolet 3800 pickup truck. “We personalize each ceviche according to the guest’s mood and personality,” he said. To that end he has on hand a variety of ingredients including everything from wasabi, tortilla ashes and pea sprouts to mescal and dried ancho chiles, which serve as design elements. 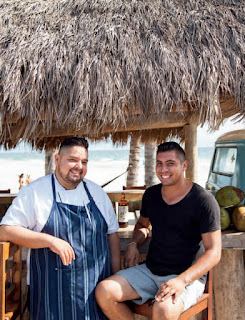 A little further north in the city of Tepic, Marco Valdivia, Executive Chef of Emiliano, presents a traditional recipe: Birria Tepic-style, which can be prepared with goat, beef or lamb. “Each family has its own birria recipe,” he commented. Valdivia is considered one of the most talented young chefs on the Pacific Coast. His culinary philosophy is based on purchasing local and traditional ingredients and using them in innovative ways, which has placed him in high demand. According to the book, “this means he can be found preparing dessert for the Governor one day, and catering for a wedding the next.” 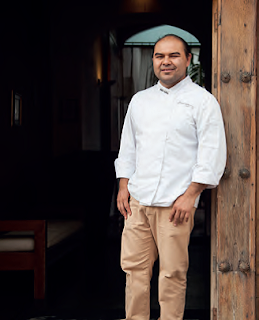 In order to compile the recipes, take the pictures and taste the different dishes, Paterson, who hails from Ontario, Canada, traveled to Nayarit in September of last year. She visited the traditional villages with the full support of the Riviera Nayarit Convention and Visitors Bureau (CVB).
“The gastronomy of the Nayarit coast has become an important asset for the promotion of the destination and the strategies that take place on an international level,” commented Marc Murphy, Managing Director of the Riviera Nayarit CVB. “The culinary reputation of the Riviera Nayarit is growing thanks to the talent of its chefs and the quality of its restaurants that take full advantage of the freshness of the ingredients that can be found in the region. This includes a variety of fish, seafood, fruit and vegetables.”
The Fact:
From the Source is a series of books on innovative cuisine that introduce foodies and travel enthusiasts with the most authentic dishes in the world, taking them to the kitchens where they were perfected. Each edition is specific to each country and offers sumptuous original photography, up to 70 classic recipes, as well as backstories and tips from the best local cooks from around the world, from sellers of street food to those awarded with Michelin stars.
https://www.rivieranayarit.com/wp-content/uploads/2019/07/logox300.jpg 0 0 1stonthelist https://www.rivieranayarit.com/wp-content/uploads/2019/07/logox300.jpg 1stonthelist2017-09-14 13:02:002017-09-14 13:02:00Lonely Planet Dedicates Its Mexico Edition To Nayarit’s Gastronomy