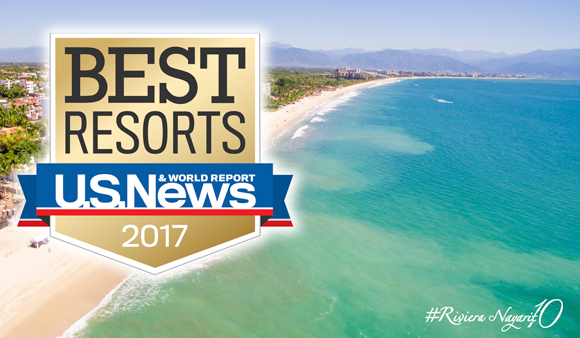 The US News website portal has published its traditional Best Rankings 2017 in its travel section, ranking the best of the tourism industry and the Riviera Nayarit hotels were recognized for their high quality in Mexico and the Pacific Coast.
US News grades the best hotels based on the opinions of recognized experts in the tourism industry, guest opinions and the quality parameters of the hotel in question.

Beginning with a wider perspective, the first category is Best Hotels on the Pacific Coast, with a list of 68 establishments, 14 of which are in the Riviera Nayarit. Among the first 15 is St. Regis in 3rd place, Four Seasons in 4th place, Grand Velas in 7th place, Hard Rock in 13th and Marival Residences in 15th place.

THE CUBAN FESTIVAL AND THE REVOLUTION REGATTA Trying to Surf in Riviera Nayarit

R&R in the Riviera Nayarit with “De Vagaciones!”
0 replies