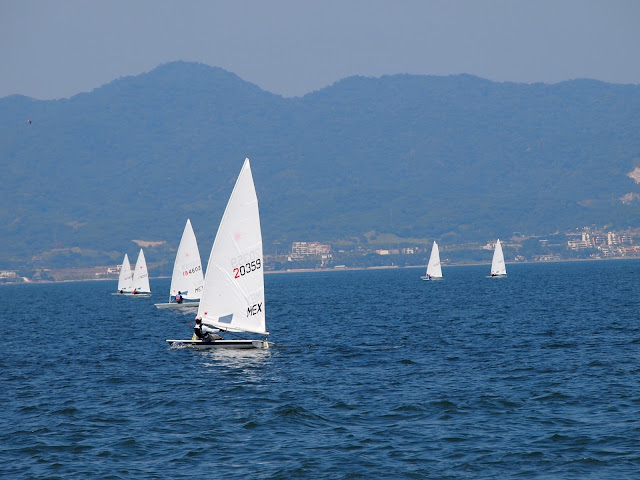 Now in its sixteenth year, the Laser World Championship is set to take place for the second place in Mexican waters, hosted this year by the Vallarta Yacht Club in Nuevo Vallarta, Riviera Nayarit.
“Every year we seek to attract itinerant international events to supplement our own anchors here in the region, such as the SUP World Championship we hosted last year or the Mexico Cup Regatta the previous year,” commented Marc Murphy, Managing Director of the Riviera Nayarit Convention and Visitors Bureau. “This year we have the privilege of hosting the 2016 Laser World Championship and we’re certain it will be a great success.”
The Mexican Sailing Federation announced there will be 700 competitors from around the world attending the event, as well as 250 judges; the region will receive approximately 1,650 visitors per day; there will be 24,750 room-nights generated by the event as well as an expected revenue of MX$120,450,000.
The world championship is divided into four stages: the Laser Radial Women’s World Championship will occur from April 12-20, with the Laser Masters World Championship – Radial taking place from the 22nd to the 30th. The Laser Standard Men’s World Championship runs from May 10-18 and the Laser Masters World Championship – Standard will close out the event from May 20-28.
This competition is the most important event in the Vallarta-Nayarit FMV CUP 2016: besides winning the title of best in the world, the participants are also looking to win tickets to the 2016 Olympic Games that will be celebrated in Rio de Janeiro, Brazil.
“The Vallarta Yacht Club has a privileged location on the bay, not to mention an excellent international reputation thanks to the many events it has hosted,” added Murphy. “To this we can add the excellent infrastructure offered by Nuevo Vallarta and the meteoric rise of the Destination, all of which makes the Riviera Nayarit an excellent base of operations for an event of this nature.”
The competition will be widely covered by both domestic and international media via the sports industry media that’s expected to attend, which will generate over 60 million media impressions.
The Riviera Nayarit CVB will participate as a sponsor for the different social events including the inauguration and closing ceremonies, among others.
https://www.rivieranayarit.com/wp-content/uploads/2019/07/logox300.jpg 0 0 1stonthelist https://www.rivieranayarit.com/wp-content/uploads/2019/07/logox300.jpg 1stonthelist2016-04-08 06:00:002016-04-08 06:00:002016 Laser World Championship In The Riviera Nayarit