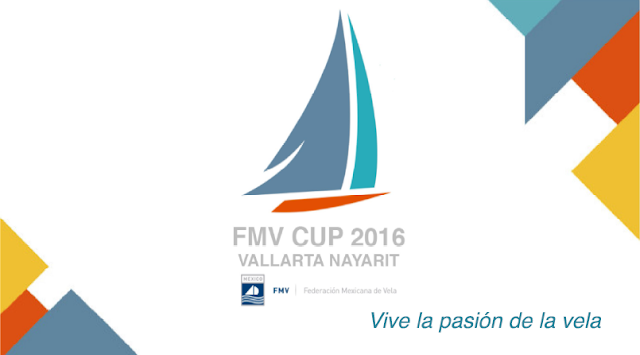 The Mexican Sailing Federation (FMV by its acronym in Spanish) has announced the FMV Cup 2016 Vallarta Nayarit, which is actually a series of five regattas: WesMex, San Diego-Vallarta Race, MEXORC, Banderas Bay Regatta and the Laser World Championship.
“Banderas Bay has proven it has excellent winds, perfect waters and all the infrastructure necessary to host top sailing events such as the Mexico Cup Regatta,” declared Marc Murphy, Managing Director of the Riviera Nayarit Convention and Visitors Bureau. “It’s important to also point out that Nuevo Vallarta will host the 2016 Laser World Championship. We’ll have quite a lot of publicity within the high-end segment and that’s precisely what we’re looking for.”
WesMex International Small Boat Race (February 25-28)
This is the eleventh year for this competition that involves 280 small boats with approximately 300 participants departing from the Vallarta Yacht Club. For more information visit: http://www.wesmexregatta.org
San Diego-Vallarta Race (February 21-27)
About 30 large boats with over 300 sailors will traverse the thousand nautical miles from San Diego to Marina Vallarta seeking to break the current record of two days, 14 hours and 20 minutes. This race is in its 32ndyear. Details here http://www.pvrace.com/
MEXORC (February 28 to March 3)
MEXORC (Mexican Ocean Racing Circuit) began in the 70s and is considered the top ocean regatta on America’s West Coast. Five hundred sailors and 35 boats will participate this year out of the Marina Vallarta. Visit: http://mexorc.net/.
Banderas Bay Regatta (March 9-13)
This fun regatta has been ongoing for the past 24 years in Banderas Bay and is expected to draw between 35 and 50 boats to the Vallarta Yacht Club. For more information click here: http://www.banderasbayregatta.com.
2016 Laser World Championship (April 4 – May 27)
Last but not least, the Riviera Nayarit will host the 2016 Laser World Championship for the very first time. The Vallarta Yacht Club has been chosen to receive the top 650 sailors from around the world for 20 days of competition. Many of them will be competing in the 2016 Olympics in Rio de Janeiro. Click here for the official event website: http://www.laserworlds2016.org.
https://www.rivieranayarit.com/wp-content/uploads/2019/07/logox300.jpg 0 0 1stonthelist https://www.rivieranayarit.com/wp-content/uploads/2019/07/logox300.jpg 1stonthelist2015-10-29 06:00:002015-10-29 06:00:00FMV Cup 2016 Vallarta Nayarit