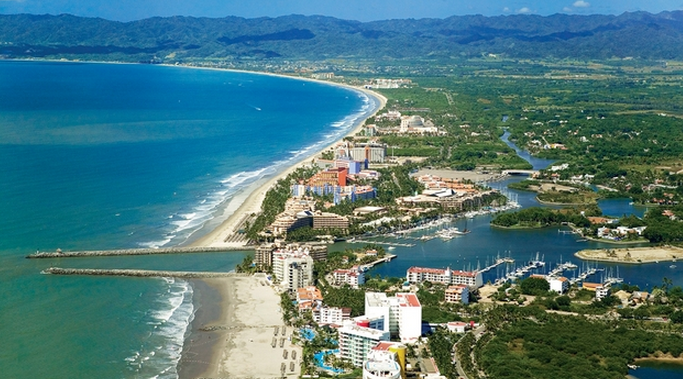 The Public Relations efforts by the Riviera Nayarit Convention and Visitors Bureau (CVB) have succeeded in generating interest on the part of the international press, which has not stopped writing about Mexico’s Pacific Treasure.
Not two months have gone by since the Riviera Nayarit CVB sent out a release about the numerous articles and posts on the destination that had been published in the United States; now there are nearly another dozen more positive reviews on the destination, which only serve to add to its positioning and the interest generated within this market.
Travel Weekly’s Gay Nagle Myers picked up on the excellent results posted by the Riviera Nayarit in 2014 and published them for her readers, encouraging them to visit the region. Just Luxe magazine dedicated several pages to Punta de Mita, the Glamour Peninsula. There’s no doubt the destination is becoming the center of attention, as the Washington Times pointed out in its article, “Unexpected Luxury in Riviera Nayarit.”
Travel Age West focused on the activities revolving around the area’s natural attractions, especially the Islas Marietas. The LA Times followed suit, writing about the birds in San Blas, San Pancho and even Santa María del Oro.
Canadian writer Anita Draycott visited the region for two months prior to writing her piece in Travel Industry Today titled “Pacific Bliss on the Bay of Banderas,” which takes a brief tour of the Riviera Nayarit’s capitals. She also published another article in the same book, highlighting the paths to paradise found in the destination.
ABC News spoke about the impressive wildlife that calls the destination home. West Jet Magazine spotlighted the cuisine, while Travel Pulse wrote an article about the new hotels, new airlift and new attractions in the Riviera Nayarit, as did Travel Agent Central.
And it’s not just the legacy publications that are writing about the destination; there are newer media focusing on it as well, including Red Shoes Travels, a new tourist guide for lovers of luxury that is causing a stir among its high society readers.
http://www.travelweekly.com/Mexico-Travel/Riviera-Nayarit-notches-double-digit-tourism-increases/?ct=mexico&cid=eltrmex.
http://www.justluxe.com/travel/spa/feature-1953572.php.
http://www.washingtontimes.com/news/2015/mar/4/lark-gould-follow-sun-mexicos-mighty-pacific/.
http://www.travelagewest.com/Travel/Mexico/Exploring-the-Marieta-Islands/#.VRsd7PmG_h5.
http://www.latimes.com/travel/la-tr-d-san-blas-main-20150322-story.html#page=1.
http://travelindustrytoday.com/index.php?type=article&thisid=21209&brand=.
http://travelindustrytoday.com/2015-03-18-forethe-finest-fairways-in-riviera-nayarit::21293.
http://abcnews.go.com/Lifestyle/wild-12-hotels-amazing-wildlife/story?id=29111357#12.
http://www.westjetmagazine.com/story/article/dining-riviera-nayarit.
http://www.travelpulse.com/news/destinations/new-hotels-airline-routes-and-attractions-spur-riviera-nayarits-growth.html.
http://www.travelagentcentral.com/mexico/top-new-developments-riviera-nayarit-50612.
http://redshoestravels.com/riviera-nayarit-mexico/.
https://www.rivieranayarit.com/wp-content/uploads/2019/07/logox300.jpg 0 0 1stonthelist https://www.rivieranayarit.com/wp-content/uploads/2019/07/logox300.jpg 1stonthelist2015-04-08 06:00:002015-04-08 06:00:00The Riviera Nayarit Takes The American Media By Storm Celebrate Christmas And New Year’s In The Riviera Nayarit

The long journey of humpback Whales to Riviera nayarit