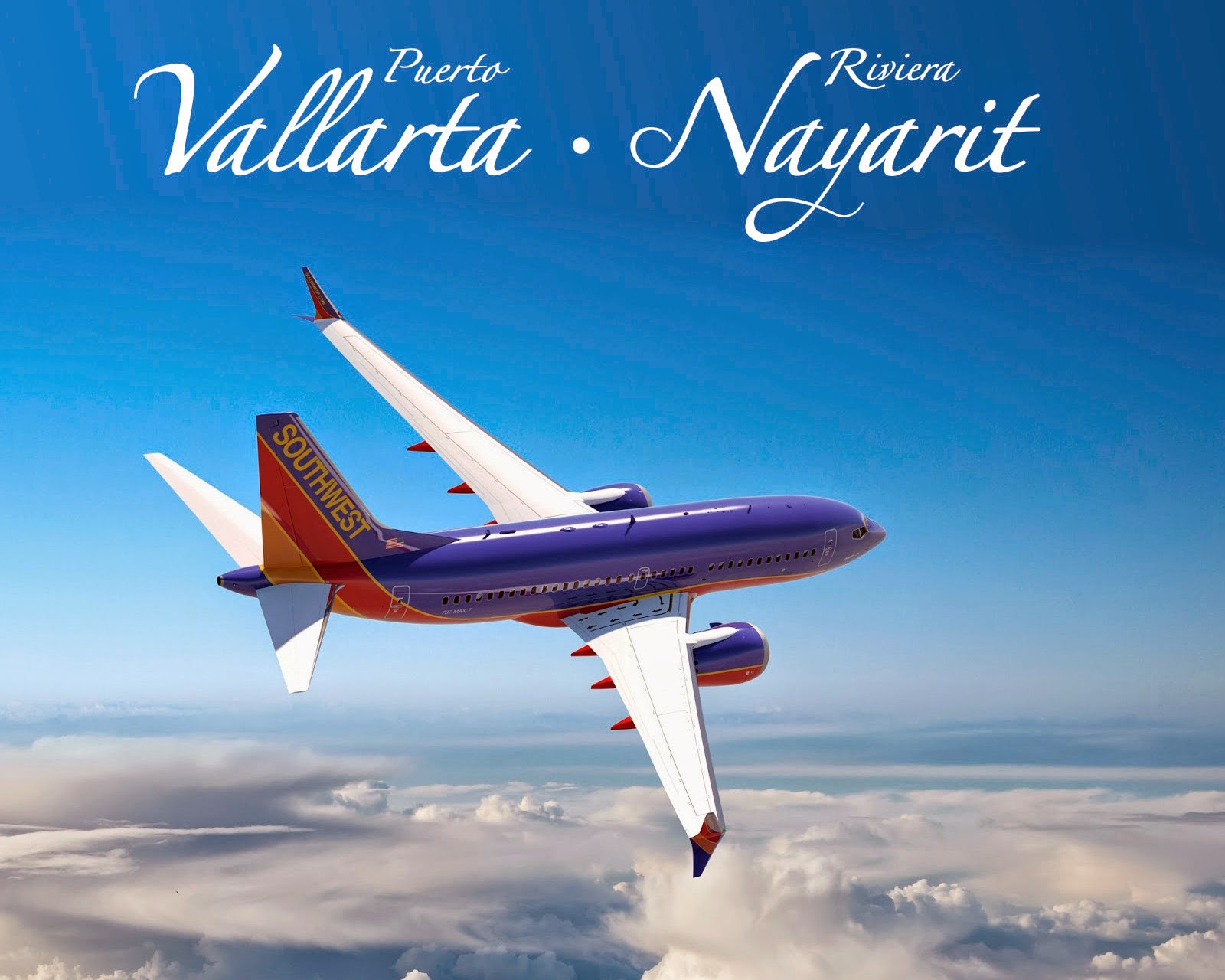 Southwest Airlines announced via a press release last December 11th their application with the U.S. Department of Transportation requesting approval for flights from Houston’s William P. Hobby Airport to the Vallarta-Nayarit International Airport.
“Service to Mexico will be the cornerstone of our international operation at Hobby; the four cities we are announcing today (December 11th) provide exciting travel and business options for consumers,” stated Gary Kelly, Southwest Airlines Chairman, President and CEO.
Southwest Airlines’ request intends for service to commence in October 2015. There are three additional destinations in Mexico included in the request besides the Vallarta-Nayarit region, as well as Belize and Costa Rica.
“These flights are practically a done deal,” said Marc Murphy, Managing Director of the Riviera Nayarit Convention and Visitors Bureau. “Thanks to the work done by the Puerto Vallarta and Riviera Nayarit joint campaign we are seeing a recovery in flights, seats and, consequently, in numbers of tourists to the region, all of which benefits everyone.”
Just a month ago this airline also announced flights from Santa Ana, California, to the Banderas Bay area beginning June 7, 2015. These results confirm the success of uniting the promotional efforts of Puerto Vallarta and the Riviera Nayarit.