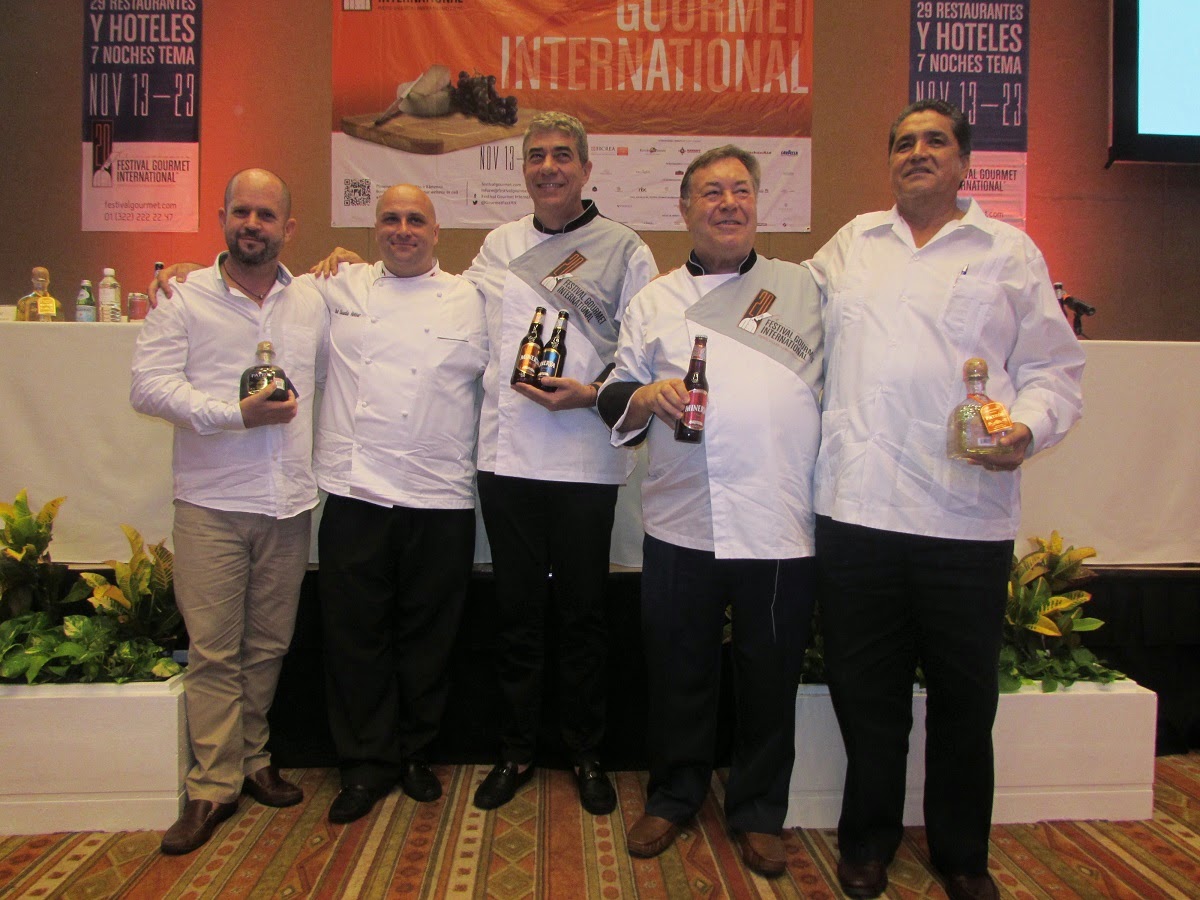 Once the announcement was made during the press conference held at the XX International Puerto Vallarta, Riviera Nayarit and Tepic Gourmet Food Festival (FGI, by its acronym in Spanish), considered the grandest and oldest of its kind in Mexico, the renowned “Three Musketeers”—Thierry Blouet, Heinz Reize and Roland Menetrey also announced that they were ready for the challenge.
The second decade of the FGI will run from November 13th through the 23rd this year with the participation of 29 hotels and restaurants and more than 30 guest chefs from 4 continents and over 10 countries. Most of them are from Mexico, though this year for the first time there will be two chefs from India.
“Everyone’s excited and we have a great program to celebrate the 20th anniversary,” said Chef Thierry Blouet. “We have more participants, more guest chefs and more events that are fun, mature and professional. The most important part, though, is that there is a deep, unlimited desire to continue to hold this event.”
“We have no clue how far this festival can go because food enters the stomach and lifts the spirits,” added Chef Heinz Reize. “We’re so proud of these past 20 years, because they have triggered amazing culinary feats. There are so far 490 chefs who have visited us from every part of the world, giving us some amazing feedback through the years.”
Art, culture and sport will also form part of this culinary event, which will have theme nights instead of chefs’ tables in a bid to make them more special and more fun.
The grand opening will see the presence of all the guest chefs, an innovative moment for this event, which will also boast over 30 vineyards in action. There will also be a polo tournament at the still-closed La Patrona Polo Club.
To take a peek at the many events that will take place during this culinary event’s 10 days of festivities, click: www.festivalgourmet.com.
https://www.rivieranayarit.com/wp-content/uploads/2019/07/logox300.jpg 0 0 1stonthelist https://www.rivieranayarit.com/wp-content/uploads/2019/07/logox300.jpg 1stonthelist2014-10-29 06:00:002014-10-29 06:00:00XX International Gourmet Festival