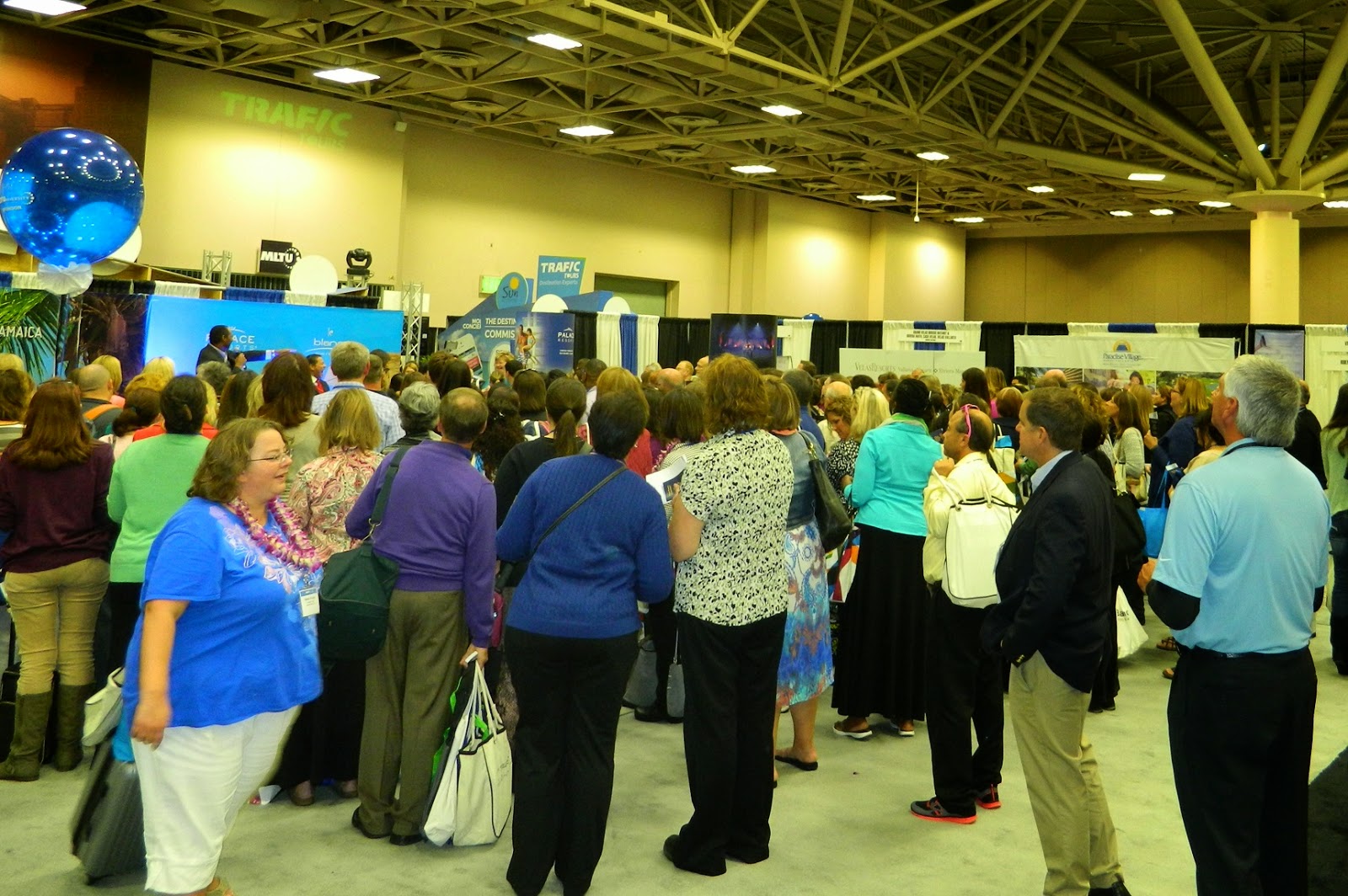 The continuous promotional work undertaken by the Riviera Nayarit and Puerto Vallarta convention and visitors bureaus, especially during the time leading up to the winter high season, was very much in evidence in Minneapolis, MN, specifically at the MLT University event that took place from September 13-15 of this year.
This is the 20th year this particular tourism event takes place; it was created by MLT Vacations, one of the United States’ largest tour operators with world coverage.
Over 15 states participated in this activity, represented in the more than 2,000 travel agents that were trained and updated on the Vallarta-Nayarit joint campaign.
There was a large participation of hotels from Puerto Vallarta and the Riviera Nayarit at the Trade Shows. When the agents stopped at the stand assigned to Puerto Vallarta and the Riviera Nayarit to pick up promotional material, several commented that they already had guaranteed reservations for the upcoming winter season from individual travelers as well as groups and weddings.
According to the presentation text written by MLT Vacations “Rich in history, culture, nature, sand and sunshine, Puerto Vallarta and Riviera Nayarit have become Mexico’s fastest growing destination. In this class, you can explore old-fashioned Mexican charm by the sea and wonderful activities such as horseback riding along mountain trails and hiking to scenic waterfalls.”
On September 23rd, the tour operator announced the hotels that received their “2014 Quality Assurance Award.” Among the winners were the following regional hotels: Crown Paradise Golden Puerto Vallarta, Dreams Villa Magna, Melia Puerto Vallarta, Now Amber Puerto Vallarta, Secrets Vallarta Bay Puerto Vallarta, Riu Palace Pacifico and Riu Vallarta
https://www.rivieranayarit.com/wp-content/uploads/2019/07/logox300.jpg 0 0 1stonthelist https://www.rivieranayarit.com/wp-content/uploads/2019/07/logox300.jpg 1stonthelist2014-09-27 06:00:002014-09-27 06:00:00Vallarta-Nayarit Promoted At MLT University In The United States Riviera Nayarit to participate in the Madrid Fitur 2021