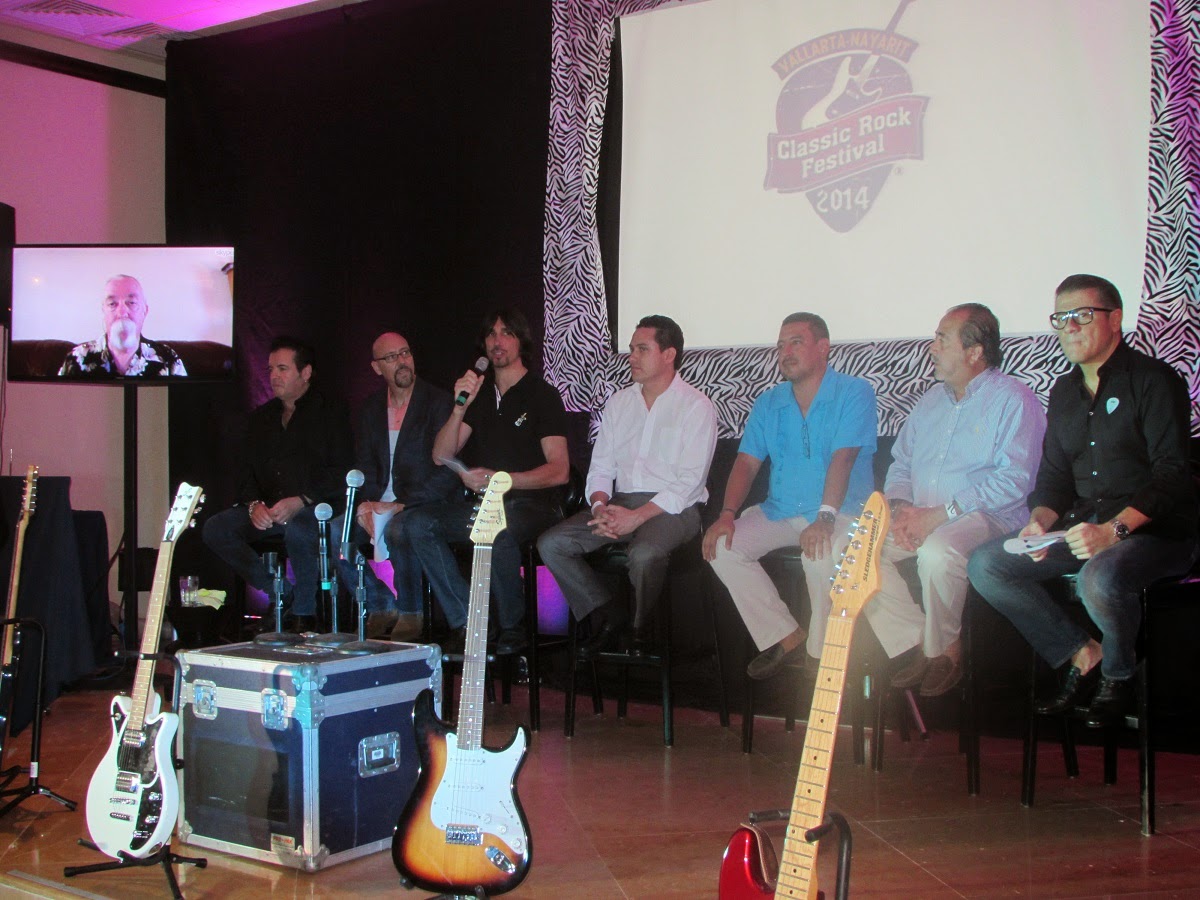 The first Vallarta-Nayarit Classic Rock Festival is set to take place from December 11-14, 2014 in Nuevo Vallarta. It’s billed as the “Only Classic Rock Festival In The World” and will feature an entire week of some of the best music from the 60s, 70s and 80s.
The project is the first big event put together by the Vallarta-Nayarit joint promotions committee with the support of the Nayarit and Jalisco state governments, the Riviera Nayarit and Puerto Vallarta Convention and Visitors Bureaus, plus both destinations’ hotel associations, among others.
The announcement was made to the media at the Hard Rock Hotel Vallarta—its neighboring field, known as the Sunset Garden, will be the perfect stage for the first event of its kind in the world. Present at the event was living legend Billy Burnette from Fleetwood Mac and, on Skype, the great “Skunk” Baxter from the Doobie Brothers and Steely Dan.
Rodrigo Pérez, Secretary of Tourism for the State of Nayarit, was also present and commented that this type of events goes hand in hand with the vision projected by Roberto Sandoval Castañeda, Governor of the State of Nayarit.
Miguel Andrés Hernández, Director of the Puerto Vallarta CVB, pointed out that this region really knows how to treat its stars, since they have been hosting celebrities for over 50 years. Jesús Carmona, who was there representing the Riviera Nayarit’s hoteliers, said that more than a classic rock event, it will be an event of the icons of rock.
John Zaring of the Zaring Group, producer and creator of the festival, said: “Vallarta-Nayarit is the perfect stage to present this first-ever festival of its kind to the world. The climate in December is amazing and the beaches are absolutely stunning.”
One of the biggest attractions will undoubtedly be the House Band, made up of stars from different bands including Burnette, Baxter and others from Dire Straits, Steve Miller Band, Little Feat, Boston, John Mellencamp and Tears for Fears.
This band will play with stars from other bands such as The Doors and The Eagles, as well as complete bands including Cheap Trick and REO Speedwagon. There will be at least five bands playing each day, all of which will be announced soon.
The festival will also benefit the community, especially the municipal DIF system, which will receive 100% of the money collected from a rock star golf tournament that will take place during the festival, as well as 10% of the money collected from ticket sales.
They expect approximately 5,000 attendees per day, who will not only enjoy the music, but also the cuisine of local restaurants as well as art expos and plenty of other attractions.
Ticket sales will begin on October 1st at www.vallartanayaritclassicrockfest.com. 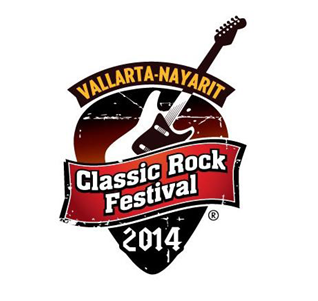 Purple Riviera Nayarit
Women’s fashion designs are inspired in Sayulita
Coming Soon: The 6th Annual Vallarta Nayarit Gastronómica
Children Absorb Environmental Education Through Art
Riviera Nayarit is more affordable than ever
Vote For The Riviera Nayarit In The Condé Nast 2017 Readers’ Choice Awards
The Beach Cleanup Network Is Already On Its 11th Event
A battle of the Saints at Mexcaltitan
0 replies