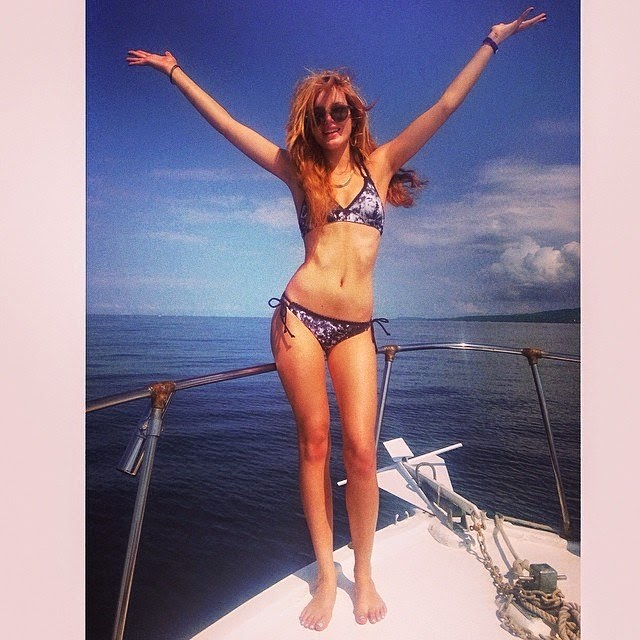 The popular young star, Bella Thorne, spent her vacation days from July 3 – 7 at the Hard Rock Hotel Vallarta in Nuevo Vallarta, Riviera Nayarit.
The actress, model, dancer and singer spent a few days in Mexico’s Pacific Treasure accompanied by her friend and her boyfriend, according to the many pictures they posted on their social media accounts.
The singer of “Call it Whatever” from her eponymous album is beloved among trendy US teens.

Known mainly for her role as CeCe Jones in Disney Channel’s Shake It Up, she’s already been cast in over 15 movies and 10 TV series in the United States.

Bella and her friends dove into the ecotours offered around the destination, including ATV and boat rides, which she amply documented on her social media profiles. They also thoroughly enjoyed Mexican wrestling, or lucha libre, during the “Ring & Rock StAAArs2” event, held at the hotel.
Bella boasts nearly 9 million followers on her Facebook account—where her current profile pic is her likeness on the cover of Seventeen Magazine. During the interview she dishes all about finding the confidence to go after her dreams.
Her popularity is assured given the amazing number of followers she also has on Twitter, approximately 5.5 million, with another nearly 3 million on Instagram.
Last but not least, her YouTube channel has over 6.8 million followers; her single has about 80 thousand likes to date.
When she left the resort she posted on her 5-million-strong Twitter account (@bellathorne): “Had an AMAZING vacation at the Hard Rock Puerto Vallarta.” Among other comments, she also asserted in Spanish “¡México es impresionante!”.
This young lady’s visit is witness to the every-growing popularity of the destination with celebrities, and it indirectly dovetails with the exposure the Riviera Nayarit is now working on within its natural markets. It also strengthens the younger market segment, which is in perfect alignment with the Hard Rock Hotel’s offer.
https://www.rivieranayarit.com/wp-content/uploads/2019/07/logox300.jpg 0 0 1stonthelist https://www.rivieranayarit.com/wp-content/uploads/2019/07/logox300.jpg 1stonthelist2014-07-09 06:00:002014-07-09 06:00:00Pop Star Bella Thorne’s Riviera Nayarit Getaway