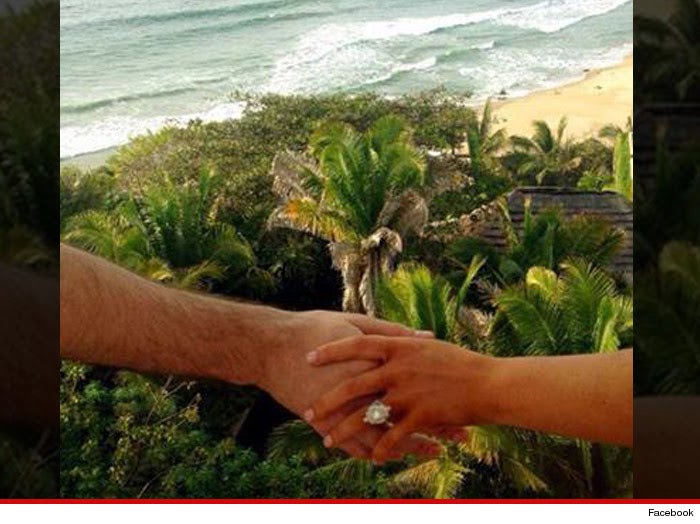 It’s no longer a secret: the Riviera Nayarit tops the list of luxury destinations beloved by celebrities from the music, movie and show biz industries. Christina Aguilera is no exception and took a few days off at our destination this February for a little R&R.
But more than rest and relaxation, the star was surprised to receive an engagement ring from her now fiancé Matthew Rutler, a production assistant who picked the romantic February 14th date to ask for her hand in marriage.
The photo was published in several Mexican and U.S. media stating it was taken on an unknown beach paradise. The Riviera Nayarit Convention and Visitors Bureau confirmed the photo was indeed taken in Punta de Mita.
The image is of their hands clasped together with the ring front and center, and was published on her account (@xtina) with the comment: “He asked and I said…” leaving her fans to read her consent between the lines.
The couple met in 2010 during the filming of the movie “Burlesque,” where he worked as an assistant and she was one of the leads. That’s when they began to see each other; now, three years, later, they’re living together in the mansion bought by the New York native for $10 million.
Christina Aguilera’s divorce from music executive Jordan Bratman was finalized in 2011; they have a six-year-old son, Max, from their union.
At 33, Christina is a North American dancer, actor, producer, designer and entrepreneur of Irish and Ecuadorian descent. All signs point towards a new wedding for the young star.
It’s precisely this type of news that continues to position the Riviera Nayarit as an eco paradise that’s as romantic as it is luxurious.
https://www.rivieranayarit.com/wp-content/uploads/2019/07/logox300.jpg 0 0 1stonthelist https://www.rivieranayarit.com/wp-content/uploads/2019/07/logox300.jpg 1stonthelist2014-02-26 07:00:002014-02-26 07:00:00Christina Aguilera Shines Brightly in the Riviera Nayarit