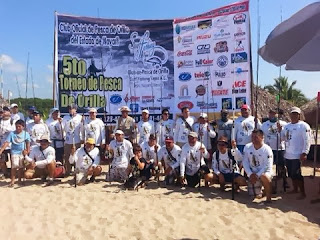 Local Nayarit fishermen won the day during the 5th Annual “Lo de Marcos” Surf Fishing Tournament. Attendance soared from last year’s 41 fishermen to this year’s 66, as expected by the Tepic Surf Fishing Club.
The Riviera Nayarit Convention and Visitors Bureau was instrumental in increasing the number of participants, thanks to their continuous promotion of the events that place this destination on par with the top sport fishing hotspots from around the world.
“I’d like to thank all the participants for a job well done and extend a special thanks to the Riviera Nayarit CVB for their support in promoting these great sport fishing events in our state,” said club president Mario Alberto Real.
Governor Roberto Sandoval’s State Government is focused on lending its support by developing this type of tourism activities in greater scale.
All in all, it was a fun family weekend at Lo de Marcos beach, where the locals gave their special guests a very warm welcome.
First place went to Óscar Escobedo from San Pedro Lagunillas, who caught a 2.5 kg sea bass. Second went to Javier Vergara and his 1.8 kg sea bass; Julio Parra placed third with his giant hawkfish, which was released according to the “catch and release” guidelines. Both men hail from Tepic.
The winners took home cash prizes as well as items in kind, including as lures, rods, reels, t-shirts and fishing kits.
Special mention goes to the women who participated in this year’s Tournament: Celene Ocegueda from Las Varas, Reyna Chávez of Colima and Chantal Contreras from the capital of Nayarit.
There were also a few surprises, including the participation of young Yusself Tapia of Tepic, who at the tender age of 7 already competes in major regional tournaments. This is just one more example of how the local population of Nayarit is making the most of the many natural resources that Mexico’s Pacific Treasure has to offer. 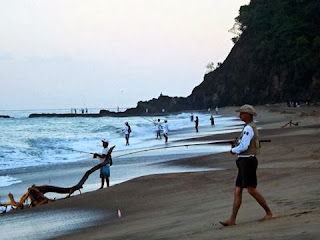