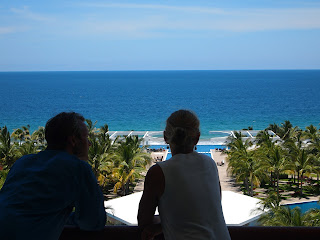 ·   The acclaimed channel, creator of The Real House Wives, Top Chef and Love Broker, among others, chose Mexico’s Pacific as the set for its new show: Newlyweds
In Riviera Nayarit luxury means romance, and this luxury caught the eye of Bravo TV, a producer of successful reality shows, who chose our destination as the set for its new show, Newlyweds, which will be aired in 2013.
Newlyweds will follow the lives of four couples in their first year of marriage, with all the romance and the problems that this represents. The producer brought one of the four couples to Riviera Nayarit as part of their postponed honeymoon.
Punta Mita, Sayulita, San Pancho and Nuevo Vallarta were some of the locations in Riviera Nayarit where the couples danced salsa, enjoyed nature, took massages, admired the beauty of Huichol handicrafts, had romantic dinners and even swam with dolphins.
Bravo TV is a producer for NBC Universal Cable Entertainment, which was founded in 1980. Its shows, which are broadcasted through several cable channels, had an audience of 95 million households in 2011, composed of 75% female viewers with an average age of 39.7 years. Its website received nearly 78 million pages via 4 million unique visitors only during 2011, out of which 6 million consisted of video playbacks.
The recording of Newlyweds in our destination is a result of the public relations efforts made by the Convention and Visitors Bureau (CVB) of Riviera Nayarit, which seeks to attract the attention of the media by supplying it with lodging, and food and beverage options, as the resulting media coverage has considerable savings over traditional advertising.
https://www.rivieranayarit.com/wp-content/uploads/2019/07/logox300.jpg 0 0 Marc Murphy https://www.rivieranayarit.com/wp-content/uploads/2019/07/logox300.jpg Marc Murphy2012-09-03 08:00:002012-09-03 08:00:00Bravo TV is recording a reality show in Riviera Nayarit