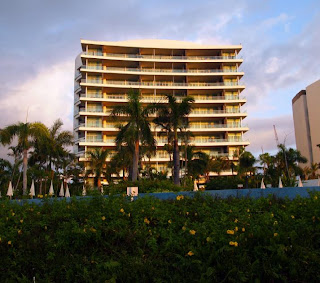 · MDC magazine featured the competitive advantages that Mexico’s Pacific Treasure offers for event organizers
Experts consulted by MDC (Mercado de Convenciones) Magazine chose the Top 10 Destinations for Meetings Mexico 2011, choosing Riviera Nayarit. The selection process considered several factors like hotel services, availability of infrastructure for the development of meetings, touristic products and services, attractions, gastronomy, connectivity, the warmt on the attention to visitors and even the work of an Conventions and Visitors Bureau.
The Convention and Visitors Bureau (CVB) of Riviera Nayarit has put special emphasis in the promotion of this market segment, as it not only brings a major economic downpour to our region, but it also promotes mouth-to-mouth publicity among opinion leaders and subsequent trips by those who participate in congresses. The efforts being made have resulted in an increased participation of this segment in the destination’s room occupancy figures, which have expanded from 1 to 6% in the last four years.
Therefore, the accolade is not a surprise by itself but because Riviera Nayarit has been awarded to it four years in a row. “It’s truly remarkable that only five years after its launch as a brand-destination, Riviera Nayarit is widely known not only by travel agents and industry professionals, but by national and international tourists”, stated the Renato Sandoval Martín, CEO of MDC Magazine.
MDC Magazine is one of most important editorial resources for meeting planners in Mexico, with over 8,000 subscribers and 24,000 readers among them, tour operators, travel agencies and other important players in the international touristic industry.
“This combination of luxury, adventure and nature, together with the branding of a successful and expanding destination, has consolidated Riviera Nayarit as one of the most important destinations in the country for wedding, congress, convention and incentive-based vacations. Our destination offers a variety of lodging options that range from small ecological hideaways and boutique hotels to modern complexes with spaces
that allow for any type of meeting”, has quoted before the magazine.
https://www.rivieranayarit.com/wp-content/uploads/2019/07/logox300.jpg 0 0 Marc Murphy https://www.rivieranayarit.com/wp-content/uploads/2019/07/logox300.jpg Marc Murphy2012-05-07 10:55:002012-05-07 10:55:00Riviera Nayarit ranks among the top 10 destinations for conventions