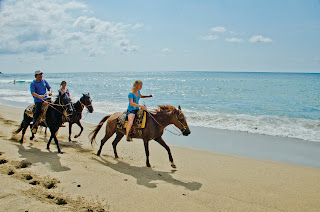 At Riviera Nayaritluxury is our nature. Therefore, it will be presenting its offer next June 8 at the International Fair of the Association of Airline Representatives in Guadalajara (ARLAG), boasting important recognitions awarded to hotels in our destination, as well as the fact that we’re a preferred beach destinations in Mexico according to Trip Advisor users.

The best high-end international gastronomy, endless adventure to suit all tastes, amazing natural settings, the best fishing in the world, and the largest touristic development in Mexico. Riviera Nayarit will introduce this and much more at this important event, which will take place in the Cabaña’s Cultural Institute at Guadalajara.
This year, ARLAG will assemble approximately 1,000 travel agents with 300 suppliers of the touristic industry, including destinations, airlines, cruise lines, wholesale retailers, hotel chains and even car rental agencies, to promote its competitive advantages to professionals from all over Mexico, but mainly from the Western and Bajio regions, which are natural markets for Riviera Nayarit.
At the event, our destination will introduce the advantages that have turned Riviera Nayarit into one of the favorite destinations for celebrities like Thierry Henry, Kate Hudson, Felicity Huffman, Gerry Lopez and Kim and Kourtney Kardashian, among many others.
The Convention and Visitors Bureau (CVB) of Riviera Nayarit and the participating associates have prepared a stand where they’ll receive travel agents, and will be able to introduce not only the features that define Mexico’s Pacific Treasure, but each and ever one of the touristic products that can be found here.
The promotional strategy is important facing the summer season, as 75% of national tourists that visited Riviera Nayarit in 2010 came from the states of Jalisco, Aguascalientes, Guanajuato, Michoacan and Queretaro, which is precisely the region covered by the ARLAG Fair.
https://www.rivieranayarit.com/wp-content/uploads/2019/07/logox300.jpg 0 0 1stonthelist https://www.rivieranayarit.com/wp-content/uploads/2019/07/logox300.jpg 1stonthelist2012-05-24 11:23:002012-05-24 11:23:00Riviera Nayarit arrives to ARLAG as one of the best beach destinations in México

Riviera Nayarit participated in a promotional tour in Canada

Everything’s Ready For The 2nd Annual Cuisine Of The Sun!