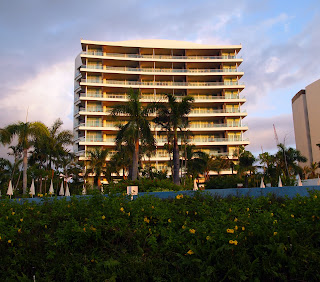 According to information provided by the Convention and Visitors Bureau (CVB) of Riviera Nayarit, members of the Hotel and Motel Association of Bahía de Banderas reported that occupancy levels rose to 3,216,056 room nights sold in 2011.

This represents an average of 10,691,337 tourist-nights who generated an increase of approximately $1,451,888,126 USD, which translates into a slight increase with regards to 2010, when we had 10,570,954 tourist-nights, with an economic downpour of $1,372,374,928 USD
An additional survey performed by an independent agency reported that visitors stayed an average of 5.7 nights in Bahía de Banderas, and up to 13 nights in San Blas and 20 nights in the touristic strip of Compostela.
The visitors’ study, which was generated through exit polls, also revealed that 51% of visitors to Riviera Nayarit were Mexicans, while 49% were foreigners.
“We can see that the effects in the US markets has created a reduced demand, but we’re also experiencing a positive tendency from the Canadian market – which already represents 21% of our visitors. Within Mexico, most tourists are from the state of Jalisco, which means that almost half of all national tourists come from our neighboring state”, said Fernando González Ortega, president of the Hotel and Motel Association of Bahía de Banderas.
According to González Ortega, who is also president of the CVB of Riviera Nayarit, a public non-profit association dedicated exclusively to the promotion our destination, hospitality in Riviera Nayarit was rated with 9.3 out of 10 possible points, and 98% of all visitors said they would recommend the destination to family and friends.
“The promotion efforts made by the CVB and the integration of the entire industry, including hoteliers, restaurateurs, service providers, transportation companies and mainly the State Government led by Roberto Sandoval, are allowing us to obtain such positive results”, concluded González Ortega.
https://www.rivieranayarit.com/wp-content/uploads/2019/07/logox300.jpg 0 0 1stonthelist https://www.rivieranayarit.com/wp-content/uploads/2019/07/logox300.jpg 1stonthelist2012-02-15 10:06:002012-02-15 10:06:00Riviera Nayarit had over three million room nights sold in 2011