Riviera Nayarit is known as the Treasure of the Pacific. This young touristic destination extends over 185 miles of beaches and its enormous diversity is one of the main attractions for tourists.
We need to capitalize Diversity when we speak of Riviera Nayarit, as its variety is not only represented by the number of hotels and services being offered for tourists, but by its natural environments, flora, fauna, gastronomy and recreational activities, and even by the infrastructure designed for travelers.
From major hotel developments in Nuevo Vallarta to the virgin beaches up north, visitors can choose from dozens of activities and environments, or design a tour that will incorporate this universe of possibilities.
Luxury at Riviera Nayarit is much more than sophisticated world-class resorts that have been established from Nuevo Vallarta to Punta de Mita. It lies heavily on its history, which finds its highest expression at the San Blas Port, at its archaeological sites such as Los Toriles, Ixtlan del Rio, and at the timeless mountain towns where the Cora and Huichol Indians live.
The biological diversity is also considered a luxury at Riviera Nayarit, as it offers natural environments chosen by species such as the humpback whale, the booby bird, and the olive ridley turtle, which travel thousands of miles to reach these waters.
But overall, Riviera Nayarit’s luxury lies in the life histories that are being weaved by those who visit this area, as well as by those that were born here. Those who have experienced it coincide: You simply have to visit Riviera Nayarit.
FLYING HIGH 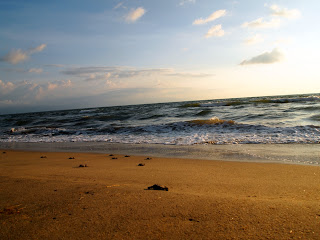 Mark Stackhouse is a renowned and passionate ornithologist who might just lose his sleep after hearing a bird chirp, as it’ll probably get his complete attention. A couple of years ago he established himself in San Blas, Riviera Nayarit, and he’s been able to catalog over 107 species solely amongst the birds that visit his garden.
The privileged location of this historic port places him at a short distance of intrinsically different habitats that contribute to making this location one with the largest number of species in the continent. Overall, Stackhouse himself has been able to count over 420 species in the region, but a total of 546 species have been registered in the area. Even though San Blas is the best spot for bird watching, the whole Riviera Nayarit offers exceptional conditions for this activity.
A GREAT CATCH
Josh simply can’t picture his life away from sport fishing, which is not only his passion, but also his job. Born with the hook in between his hands, today he devotes himself to the sport fishing industry, and he certainly knows how to deal with truly big fish: his business is to find the best locations in the world for this activity, and then attract celebrities and high-end clients that want to use his fleet and his services.
There is no doubt that Josh is an expert in his field, and when he says that Riviera Nayarit is one of his favorite places in the world to fish, he truly means it. He first visited Riviera Nayarit ten years ago, and has been coming back frequently since. He currently lives in Vancouver, but his company has three ships docked at Marina Riviera Nayarit, at La Cruz de Huanacaxtle, and he declares that he’ll keep coming to fish here at least for the next 50 years.
“Here we have it all: excellent marinas, people who know how to work with fiberglass, technicians that fix all the kinds of gadgets present in a two-million dollar vessel like the one we use, specialized shops for fishing goods, extraordinary restaurants and hotels, bars and nightlife to enjoy a good day of fishing. But mostly, we have extraordinary fishing all year-round, with record-breaking fish. Usually, other destinations have some of these things, but never a combination of all of them”, he concludes.
WIND OF CHANGE
The true definition of “brave” is easily understood when you meet Tania Elias Calles. This Mexican sailor traversed solo from Los Cabos to La Cruz de Huanacaxtle in a laser sailboat, which in her own words is “just like a bathtub”.
Tania is the greatest Mexican athlete participating in this category at the Olympics, and when she says that Riviera Nayarit has the complete package to practice sailing, we can take her word for it. She got established here because of the great sailing possibilities Riviera Nayarit offers, and she trains passionately, but also takes time to teach new generations by offering occasional training sessions.
This April, Tania trained side by side with the United States and Canada male sail teams, who initially seemed skeptical to have their preseason in our country. “They were greatly surprised, as they didn’t think they could find all the necessary conditions here – but La Cruz has the complete package, because it doesn’t only have great winds and incredible facilities, but it also has a climate that simply can’t be found in Europe. Seriously, this is the complete package.” she insists again and again.
TASTE!
Chef Beatriz Vazquez, who grew up at San Blas, boldly states that: “At Riviera Nayarit, food has always been extraordinary”. Her confidence lays on several concrete facts: the cuisine in this region has been evolving since Colonial times, receiving a great deal of foreign influence, as many European and Asian missions were established due to the intense commerce that existed with Asia, which mainly originated in Manila and arrived at San Blas.
All the ingredients coming from this region are fresh, because Nayarit’s privileged location makes it one of the best producers of coffee, tomatoes, bananas, mangos, basil, beans, and basically everything else. However, seafood is especially extraordinary due to its quality and variety. All the traditional dishes here are strongly linked with seafood.

Betty uses each and every ingredient and combines it with the knowledge she acquired at the classic French kitchen of Le Cordon Bleu to create amazing dishes that honor the traditional techniques and flavors. This renowned chef has had the opportunity to work with the most recognized restaurants in the planet, but has chosen Riviera Nayarit because of the enormous amount of possibilities it brings to her cuisine