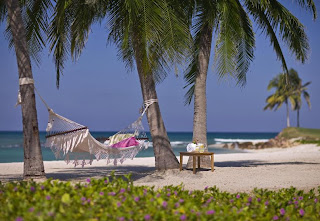 En Riviera Nayarit, luxury means magic. This magic is tangible through the promotional efforts that the destination known as Mexico’s Pacific Treasure is making on the social networks, resulting in a major influence among potential consumers.
A single question published on Twitter, “What do you think celebrities love the most about Riviera Nayarit?” generated 35,093 hits among users of this social network in only a few minutes. The most viewed tweet in Spanish was the one regarding a new panoramic flight to Guadalajara, which received 1,872 hits.
One of the main objectives for the Convention and Visitors Bureau (CVB) of Riviera Nayarit in 2011 is to increase the online presence of our destination, due to the fact that the Internet is becoming increasingly influential in the purchase decision of international travelers, and is becoming the largest growing factor for hotel reservations.
With this goal in mind, the Convention and Visitors Bureau (CVB) of Riviera Nayarit has created blogs in English and Spanish linked to their respective Websites, which have served to provide the social networks with news on Mexico’s Pacific Treasure.
The marketing efforts on social networks have resulted in an extended interaction with users, and have already increased the number of visitors to our destination’s Websites by 100%. During the month of May, the information published in our blogs received 9,980 unique visitors, and the entries made on our Facebook fan pages were viewed 12,611 times, representing an increase of over 379% with regards to previous months.
These new promotional strategies are not changing the marketing efforts, but they are redirecting them to cater to the needs of innovation and to the challenges of the modern world, with the goal of attracting more visitors to Riviera Nayarit.
https://www.rivieranayarit.com/wp-content/uploads/2019/07/logox300.jpg 0 0 1stonthelist https://www.rivieranayarit.com/wp-content/uploads/2019/07/logox300.jpg 1stonthelist2011-08-23 14:32:002011-08-23 14:32:00Riviera Nayarit’s online marketing strategies are being successful

Charlie Sheen gets romantic in Riviera Nayarit The International Journalists Convention, an opportunity to attract tourism...
Scroll to top