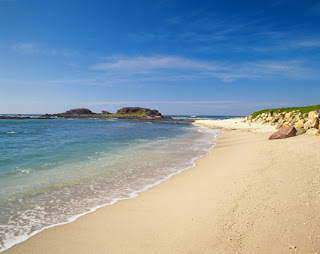 Brazilian executives associated to the Group of Entrepreneurial Leaders (LIDE for its acronym in Portuguese), and at least 12 representatives from the largest Colombian travel agencies will visit Riviera Nayarit to personally experience the touristic offers of the destination known as Mexico’s Pacific Treasure.
According to the study Coyuntura Turistica made jointly by the Universidad Anahuac and the Consejo Nacional Empresarial Turistico (CNET), there was an increase in the number of foreign nationals that visited Mexico, consisting mainly in Brazilian (41.2%) and Colombian (21.3%) citizens.
Based on this information, the Convention and Visitors Bureau (CVB) of Riviera Nayarit is now focusing on the objective of opening up to new markets in 2011.
LIDE encompasses 300 companies from Brazil, whose capital represents 44% of the country’s GDP, and representatives from this association are considering the St. Regis Punta as the venue for their annual meeting, which will take place in October 2012.
The CVB of Riviera Nayarit is working together with the St. Regis to attract this group, since the robustness of the Brazilian economy makes it a potential and interesting market for our destination. It’s important to attract LIDE to Riviera Nayarit, as it would become an important promotional asset to a market segment that is already visiting other destinations in our country.
Additionally, at least 12 representatives from the largest travel agencies in Colombia will soon make a familiarization trip in a joint strategy with Aeromexico, Riu and Mexitours. This trip represents yet another strategic effort made by the CVB of Riviera Nayarit to diversify its markets.
Colombian travel agents will be in Riviera Nayarit between October 25 and 28, and will visit San Francisco, Sayulita, Punta de Mita, La Cruz de Huanacaxtle and its Marina Riviera Nayarit and Bucerias.
The Colombian market is attractive for the Mexican touristic industry because Colombia’s hotel market isn’t extensive, so people are used to traveling abroad to vacation and are used to making long trips. Riviera Nayarit, with its natural settings and culinary and cultural incentives, perfectly matches the travel profile of Colombians.
The ‘open-skies’ agreement between Mexico and Panama was signed recently and is promoting the establishment of a direct flight between Panama and the Gustavo Diaz Ordaz International Airport, which will increase the flow of South American tourists to Riviera Nayarit.
https://www.rivieranayarit.com/wp-content/uploads/2019/07/logox300.jpg 0 0 1stonthelist https://www.rivieranayarit.com/wp-content/uploads/2019/07/logox300.jpg 1stonthelist2011-08-16 09:36:002011-08-16 09:36:00Riviera Nayarit is working to attract new markets