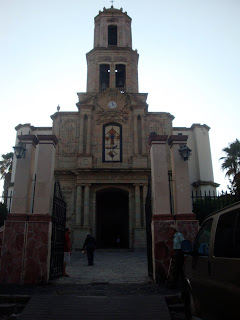 The Sacred Lateran Church at Jala is one of the most beautiful attractions in Riviera Nayarit. It was built in the XIX Century, its fachade is unique since has only one tower at the center. It was built in a Neoclassical style, with a beautiful chorus. made on the shape of a latin cross, with neoclassical ornaments and home to historical sacred art pieces such as the image of “La Virgen de la Asución” to whom it is dedicated and that is a wood carve dated on the beggining of the XVIII Century. This is a Lateran Church because is ruled by the Lateran Regular Congregation, that recibed great privileges from Pope Eugene IV in 1446 along with the custody of St. John Lateran’s Basilic, where the Pope rules. They where expelled from “the mother of all churches” later, in 1483, but they keep their privileges till today.