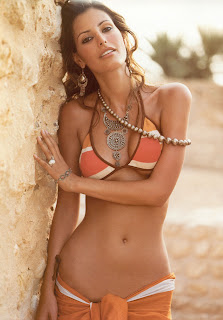 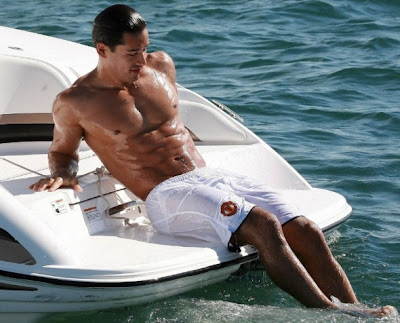 Riviera Nayarit is still attracting celebrities, who come to our destination to enjoy luxury amidst the most amazing natural landscapes.

Mario Lopez visited our destination at the beginning of July, and the top model Elsa Benitez did it on the 15th. At the beginning of the month, the star of the popular TV series ‘Saved by the Bell’, which was broadcasted during the beginning of the 90s, toured the beaches of Punta Mita, where he boasted his impressive abs.
The actor, who recently hosted TV shows like ‘America’s Best Dance Crew’ and ‘MTV’s Top Pop Group’, took a break before starting the promotion of his new book entitled ‘Mario and Baby Gia’, which will be launched next September.
Lopez enjoyed the luxury that only Riviera Nayarit can offer, and stayed with his family at the Ranchos residence in the exclusive private community of Punta Mita. “I’m taking a break this Saturday! I’ll take my yearly vacations with my family in Punta Mita. I’ve really waited a long time for this”, he posted on his Twitter account – which has over 239,000 followers – just before arriving.
Elsa Benitez, the Mexican top-model that hosts the reality TV show ‘Mexico’s Next Top Model’ spent the weekend of July 15 in Riviera Nayarit to take a break from her busy schedule, just before the beginning of the second season of the show, which will open in August.
The news of Elsa Benitez strolling on the beaches of Punta Mita also spread quickly on the social networks. “We’re sure that she had an amazing time”, commented some of her fans, while others replied, “And we’re sure that those who saw her also and a great time!”
In the last few months, Riviera Nayarit has become one of the favorite destinations for celebrities, with important personalities visiting, like the soccer player Thierry Henry, as well as Kate Hudson, Felicity Huffman, Gerry Lopez, Soleil Moon Frye and Kim and Kourtney Kardashian, among many others. Our destination has also become one of the most romantic destinations in the world according to publications like Reuters Life!, Travesías and Bodaclick.
Riviera Nayarit has also been catalogued as one of the 10 best destinations in Mexico and the Caribbean to travel with family, according to users from TripAdvisor, which granted the distinction to our destination as part of their Traveler’s Choice Awards.
The work being made by the Convention and Visitors Bureau (CVB) of Riviera Nayarit is visible through Mario Lopez’ posts on the social networks, which will help to position our destination as one of the best worldwide, and to highlight how important it is for hotels, restaurants, authorities, tourist service providers and for the society in general to offer the best possible experience for those who visit our destination.
ALSO SPORTIES

Mexican speed  runner Ana Gabriela Guevara also took vacation  and stayed this month at Grand Velas Riviera Nayarit. She spend her time resting and enjoying the sun and the beach. FAM Trip Generates Over a Million Impressions Through International Media