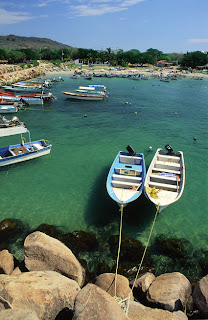 This Thursday, the Tourism Secretariats of Nayarit and Jalisco will present a joint proposal to the Mexican Council for the Promotion of Tourism (CPTM). The document, which was initially presented in May, is called “Two paradises, one destination”, and will use the International Convention Center of Puerto Vallarta (CICPV) to host the Tianguis Turistico.
Aurelio López Rocha, Tourism Secretary of Jalisco along with Marc Murphy, Riviera Nayarit’s CVB Director, and Luis Angarita, Puerto Vallarta CBV President,  will introduce this novel proposal, which aims to renew the most important event of the touristic industry in Mexico.
The comprehensive restructuring project that was created is based on three strategic axes, which will be presented at the event. The proposal intends to streamline the function of the Tianguis as the most important business market in Mexico, and to make it a promotional asset that will showcase the touristic products of the country. The proposal will not be limited to fulfill the technical specifications that were described in the document that was turned over in May, but will instead go much further.
Both destinations have highlighted the importance of working together regardless of geographic borders, and they are demonstrating that two Mexican States can work together to support a unique touristic destination: Mexico.
The focus of the proposal is to renovate the Tianguis Turistico, and the three basic axes of the project are: 1) To showcase everything Mexico has to offer, 2) To conceptually organize the layout of the event in different pavilions that cater to the needs of every interest group that visits us, offering the promotional benefits of the ‘Mexico’ brand, and 3) To give it greater support so that it becomes a reason in itself to attract both national and international tourists to the different destinations in this country.
The proposal contemplates separating the available space into five different pavilions, dedicating one exclusively to national destinations and organizing it by geographic regions based on the Rutas de México, therefore supporting other promotional efforts currently being made. A second pavilion would be dedicated to Pueblos Mágicos, and yet another one to media representatives, independently of all the services offered to improve the experience of the press. The fourth space will be devoted to conferences and to a business center, while the last one will cater to those who offer complementary services to the touristic industry such as hotels, tour operators and suppliers.
The 23,000 square meters of exterior areas offered by the International Convention Center of Puerto Vallarta will be used to offer cultural expositions, brand presentations and to offer services that will satisfactorily complement the attendance of all participants.
The proposal also defines promotional strategies and other added-value features. The document specifies, “Once the venue has been defined, it’s necessary to begin with an intense international promotion campaign, with strategy and precision, so that the global calendar of fairs, expos, congresses and conventions taking place at the new Tianguis Turistico will attract the largest possible number of buyers.”
ADVANTAGES OF HOSTING THE TIANGUIS IN OUR REGION
The document that was originally presented by the authorities of Riviera Nayarit and Puerto Vallarta will be thoroughly described during the meeting. It specifies that it’s key to keep the Tianguis Turistico within a beach destination, since the promotional efforts put into the ‘Mexico’ brand have historically positioned Mexico as a beach destination. However, it’s also important to show that Mexico is also color, history, tradition, art, culture, gastronomy, diversity and a host of lush and whimsical nature, paired with the hospitality of its people.
This is the reason why it’s so important to choose the joint candidacy of Riviera Nayarit and Puerto Vallarta to host the upcoming edition of the Tianguis Turistico, is that this region of Mexico has everything that gives Mexico its identity, and is capable of presenting it first hand.
Over 29,000 hotel rooms, connections via air, land, and sea, a world-class convention center, nine golf courses, four marinas and abundant touristic infrastructure. Our destinations have also been recognized by international organizations like the American Automobile Association (AAA) as one of the best in the country, with the second largest collection of Five Diamond Hotels in Mexico. These are some of the facts that prove that Riviera Nayarit and Puerto Vallarta not only satisfy but also exceed all the required technical requisites.
https://www.rivieranayarit.com/wp-content/uploads/2019/07/logox300.jpg 0 0 1stonthelist https://www.rivieranayarit.com/wp-content/uploads/2019/07/logox300.jpg 1stonthelist2011-07-21 09:01:002011-07-21 09:01:00Riviera Nayarit and Puerto Vallarta will deliver their proposal for the Tianguis