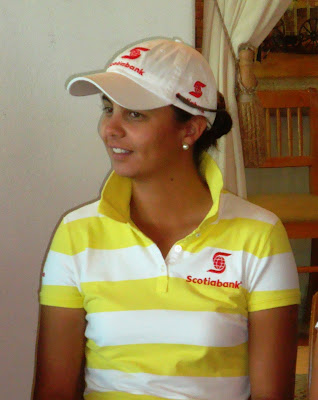 She is Sophia Sheridan, best ranked mexican at LPGA, and official player at the Santorini Riviera Nayarit Classic presented by Pepsi.

Sophia is a professional golfer since 2006 when she became a member of the Futures Tour after playing for 4 years at the University of California, Berkeley in the NCAA Division 1. Sophia finished her college years by setting a record for the 36 and 54-hole games in the history of the University. She’s been accepted as a member of the LPGA Tour in 2007, 2009, 2010 and 2011, and is the best-ranked Mexican in the Futures Tour, currently placed in the 28th position in the money leaders list.

Sport fishing is coming back to Riviera Nayarit

Colombia Is All About The Riviera Nayarit

Riviera Nayarit, an opportunity to get up close to ancient cultures